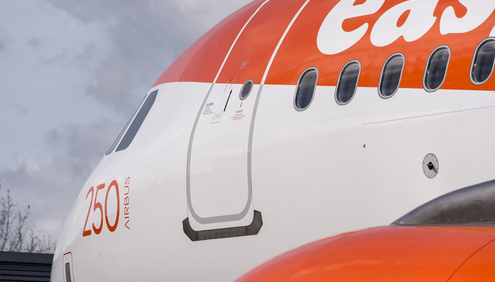 easyJet to invest into startups through Founders Factory deal

The five year deal means that easyJet, through its shareholding in Founders Factory, will scale and invest five early stage startups and co-create from scratch two new companies each year.

The in-house team of experts at Founders Factory, many of whom are successful entrepreneurs themselves, will provide hands-on support and advice to participating startups, as well as working with easyJet to jointly build and launch new TravelTech products and services.

Carolyn McCall, CEO, easyJet, said:  “This partnership will create real value for easyJet and our passengers by putting disruptive thinking at the centre of our digital strategy.  Over the last five years, we have used digital to transform the airline and the experience of our passengers.

“Connecting the talented easyJet team with the next generation of disruptive entrepreneurs will only continue to drive fresh thinking and uncover new opportunities.  We are already well known for our innovation – whether that be our award-winning app with 17m downloads, mobile host technology at airports or our work with drone technology for aircraft maintenance.

“Working with Founders Factory to explore opportunities for advanced TravelTech services will help us to keep making travel easy and affordable.”

Brent Hoberman, Co-Founder and Executive Chairman, Founders Factory, said: “We are delighted to be once again working with easyJet. I went to the Luton shed to visit Sir Stelios before the airline was even present on the internet. We are now preparing to enter the next phase of digital travel transformation with easyJet leading the airline industry, with 73 million customers, and a ‎global brand recognised for innovation and excellence.

“We are confident that together we can support the next generation of innovators in travel leveraging digital scale, data, personalisation, VR, AI, ecommerce breakthroughs and FinTech.”

Innovation is in easyJet’s DNA – from its launch 20 years ago when it changed the way people fly to the present day where the airline leads the industry in digital, web, engineering and operational innovations to make travel more easy and affordable for our passengers.

Since the launch of easyJet’s iPhone app in 2011 it has been downloaded more than 17 million times. The innovative app has evolved from easy booking and check-in functionality to include popular features like passport scanning, live flight tracking, mobile boarding passes and Touch ID. It is also complimented by the easyJet Apple Watch app and real-time airport push notifications with its Mobile Host. easyJet was also the first airline in the world to collaborate with Flightradar24 to integrate live aircraft tracking to its iPhone mobile app. The airline is also currently testing the use of drones for aircraft inspection and pioneered volcanic ash detection technology.
Committed to being at the heart of the growing European tech ecosystem, Founders Factory will develop 200 early stage technology companies over the next five years across six sectors. The easyJet deal represents the company’s sixth and final sector partnership having launched its first sector, education, in June 2015 with investment from Holtzbrinck Publishing Group (whose subsidiaries include Macmillan Publishers); Guardian Media Group for media in January 2016; Aviva for fintech and L’Oreal for beauty tech both in early summer this year and most recently China’s CSC Group as its official AI partner.

easyJet will also be part of the Founders Factory Board of Directors and represented by James Millett, Head of Digital for easyJet.

easyJet flies on more of Europe’s most popular routes than any other airline. easyJet carries 73 million passengers annually, of which around 12 million are travelling on business. easyJet flies over 250 aircraft on more than 800 routes to over 130 airports across 31 countries. More than 300 million Europeans live within one hour’s drive of an easyJet airport.

easyJet aims to be a good corporate citizen, employing people on local contracts in seven countries across Europe in full compliance with national laws and recognising their trade unions. The airline supports a number of local charities and also has a corporate partnership with UNICEF which has raised over £7m for the most vulnerable children since it was established in 2012.

Positioned at the very heart of the global tech community and benefiting from its strong links to Founders Forum, Founders Factory is a new model in business creation with extraordinary ambition and breadth. Together with our blue chip corporate partners we invest capital and resources and will build and scale 200 early stage technology companies across multiple sectors.

Founders Factory launched its first sector, Education, in June 2015 with investment from Holtzbrinck Publishing Group and its second sector, Media, with backing from Guardian Media Group (GMG) in January 2016, L’Oreal became Beauty partner in May 2016 and Aviva in June this year.

Some of the startups Founders Factory has worked with so far include: