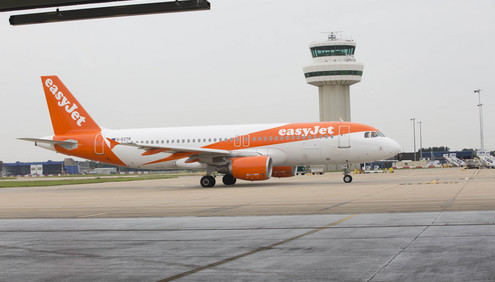 Skills are Alexa’s in-built capabilities that enable users to interact with devices, like Amazon Echo and Amazon Echo Dot, using just their voice.

easyJet customers can now start a conversation, by simply saying, “Alexa, open easyJet”, and check the latest arrival and departure information of their easyJet flight.

If a passenger knows their flight number they can simply ask for the live flight status but equally if they don’t know the exact flight number, as long as they know the departure airport and destination, Alexa will be able to help find it.

“We are delighted to be able to offer our passengers another new digital channel to make their journeys even easier.  With the growing popularity of Alexa and Amazon’s Echo products, this new skill is an easy, efficient and innovative way for customers to check flight status.”

“We are delighted to work in collaboration with Amazon who, like easyJet, are embracing technology to help make their customers experiences simpler and more seamless.”

“This new skill makes life easier for customers flying on easyJet,” said Fabrice Rousseau, General Manager, Alexa Skills Kit EU. “Checking a flight’s status normally means having to use a phone or computer, but now you can simply ask Alexa and get an instant response from easyJet. This is a more natural interaction.”

It is easy to enable the easyJet skill. Customers can simply say “Alexa, enable easyJet”, or simply tap ‘skills’ in the Alexa app menu and search for easyJet before enabling.

More information can be found at: https://www.easyjet.com/en/alexa

easyJet flies on more of Europe’s most popular routes than any other airline. easyJet carries 75 million passengers annually, of which around 20% are travelling on business. easyJet flies over 250 aircraft on more than 800 routes to over 130 airports across 31 countries. More than 300 million Europeans live within one hour’s drive of an easyJet airport.

easyJet aims to be a good corporate citizen, employing people on local contracts in seven countries across Europe in full compliance with national laws and recognising their trade unions. The airline supports a number of local charities and also has a corporate partnership with UNICEF which has raised over £8m for the most vulnerable children since it was established in 2012.