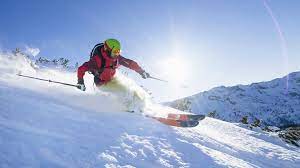 London, UK, 2023-Jan-24 — /Travel PR News/ — easyJet, Europe’s number one major airport operator and France’s number two short and medium haul airline, has put on sale two million seats to its most popular ski routes across Europe this winter. As heavy snowfalls are expected throughout the coming weeks, the airline is  launching its first full ski flying programme in over two years. easyJet’s ski flying programme in Europe is also increasing by 30% this winter compared to 2022.

A major player during the winter season, easyJet is the number one carrier between the UK and France, as well as the largest operator serving the main Alps airports including Lyon, Grenoble, Geneva, Milan and Turin. In Lyon, for example, the seat offer is 110% compared to 2019. This combined with Grenoble, which is served by easyJet only in winter, ensures a strong contribution to the Rhône-Alpes economy.

The company serves resorts throughout the region: Nice and Marseille to the Southern Alps, Toulouse to the Pyrenees and Andorra, Basel-Mulhouse to the Vosges. These airports offer a shuttle service to the ski resorts. To meet the needs of passengers during the season, the company offers on its website and mobile application a sports equipment option from €42 for small sports equipment including skis and ski boots, as well as snowboards.

By facilitating tourists to visit French regions and French people to discover Europe and travel within France at great value fares, easyJet is in a unique position in the sector. The orange airline makes popular winter destinations accessible to all French people in the regions by enabling them to reach ski resorts quickly, mainly via cross-country routes, with an offer that complements the train. In France, the company does not operate a domestic route where there is a direct train alternative of less than 4 hours.

Great value fares are still to be had on several of our domestic cross-country routes for the February holidays, departing on a weekend day – prices as of 16 January:

“This winter marks the return of ski traffic with 2 million seats available to all our ski destinations. Capacity is comparable to 2019 and ski demand this winter is encouraging, promising good prospects for the key winter destinations in our network.

You may also be interested in:  Lincoln Park Zoo announces return of ZooLights this November 18

“By making France its second ski destination after Switzerland, we are contributing to the winter sports tourism economy, which is essential for many French territories. This economic contribution goes hand in hand with a long-standing and constant effort to reduce our carbon intensity.”

Last September, the company unveiled its roadmap for decarbonisation between now and 2050. It is continuing its efforts in several strategic areas such as operational efficiency measures, industrial partnerships with Airbus and Rolls-Royce, and the renewal of the fleet with the integration of new-generation Airbus aircraft, the Neo, which will reduce CO2 emissions by 15% and noise pollution by half.

easyJet has already reduced its carbon footprint per passenger/kilometre by more than a third since 2000 and is continuing its efforts in this direction by optimising its flight and ground operations. The company’s goal is to achieve net carbon emissions by 2050 thanks to the decarbonised technologies envisaged by Airbus by 2040 and supported by the hydrogen investment plan in France.

easyJet flies on more of Europe’s most popular routes than any other airline and carried more than 69 million passengers in 2022 – with 9.5 million travelling for business. The airline has over 300 aircraft on nearly 1000 routes to more than 150 airports across 35 countries. Over 300 million Europeans live within one hour’s drive of an easyJet airport.

You may also be interested in:  Heathrow to introduce a Terminal Drop-Off Charge across all terminal forecourts from 1st November

The airline joined the UN-backed Race to Zero in November 2021 and has published its roadmap to net zero carbon emissions by 2050, with a focus on new technology and the ultimate ambition to achieve zero carbon emission flying across its entire fleet, which the airline is working on together with its partners including Airbus, Rolls-Royce, GKN Aerospace, Cranfield Aerospace Solutions and Wright Electric. The roadmap also features a combination of fleet renewal, operational efficiencies, airspace modernisation, Sustainable Aviation Fuel and carbon removal technology. Additionally, it includes an interim carbon emissions intensity reduction target of 35% by 2035 (versus 2019). Since 2000, the airline has already reduced its carbon emissions per passenger, per kilometre by one-third through continued fleet renewal, efficient operations and aiming to fill most of its seats.