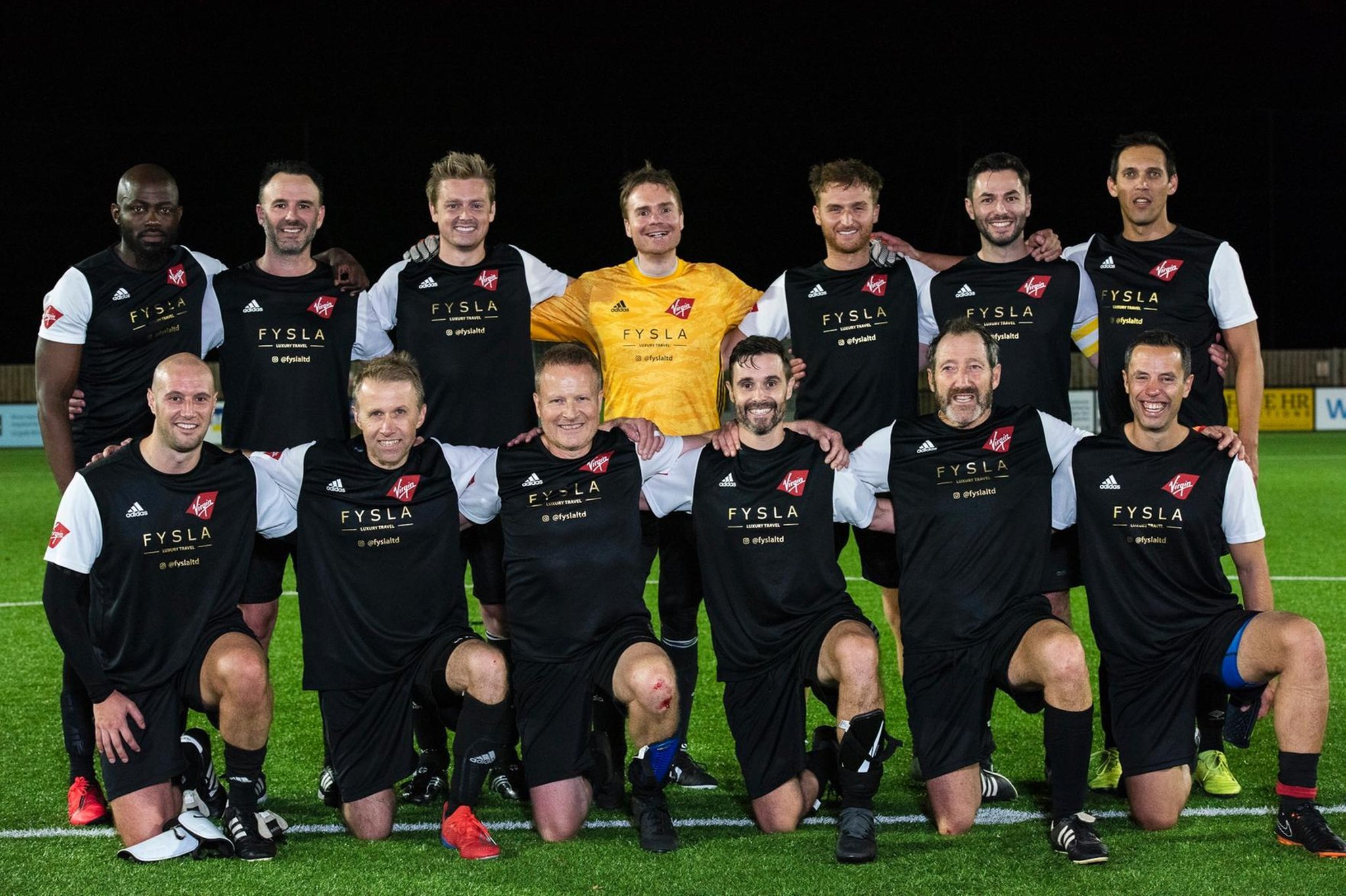 London, UK, 2022-Apr-01 — /Travel PR News/ — easyJet and Virgin Atlantic have announced that staff will meet on the pitch for the first time in aid of UNICEF and UK for UNHCR, the UN Refugee Agency, to help raise funds for children and their families affected by the ongoing conflict in Ukraine.

The airline vs. airline football match will take place at Horsham FC Ground on Sunday 3rd April with doors opening at 2pm and kick-off at 3pm. Entry is free of charge, but it is asked that spectators donate to UNICEF, easyJet’s charity partner, or UK for UNHCR, Virgin Atlantic’s charity partner. The match will also be available to tune into via a livestream. Virgin Atlantic’s onboard sustainable drinks partner NICE Drinks are kindly donating free recyclable cans of NICE Wines to attendees on the day, on a first come first serve basis.

easyJet has also been working closely with UNHCR, the UN Refugee Agency, to provide free seats on flights across their network. These can be used by UNHCR staff supporting the emergency response to the Ukraine conflict. This follows easyJet’s onboard appeal, which took place across all flights and its entire network, helping UNICEF meet the urgent needs of children and families affected by this crisis.

Virgin Atlantic is diverting all onboard donations throughout March to support Save The Children’s Emergency Fund, with monies raised going to help the children and families caught up in the conflict. The Virgin Atlantic Foundation is also donating £125,000 directly to UK for UNHCR. In addition, the airline has set up a Crowdfunder page for its people, partners, and customers to raise funds that will go directly to the UNHCR’s Ukraine appeal. The Virgin Atlantic Foundation has pledged to match the funds raised up to £50,000 until 30th April.

“The ongoing conflict in Ukraine has left us deeply shocked, and we wanted to come together to help raise funds and provide support to those impacted. I want to express my gratitude for the support the local community has provided for such a meaningful cause.”

Nick Barnes, First Officer and football team captain for Virgin Atlantic said: “We’re deeply saddened by the crisis that’s continuing to unfold in Ukraine. Joining forces with our industry colleagues at easyJet will allow us to raise money to send to the families in need through our incredible charities. We are so grateful for every single contribution and will continue to use our business as a force for good in these devastating times.”

Virgin Atlantic was founded by entrepreneur Sir Richard Branson in 1984, with innovation and amazing customer service at its core. In 2021, Virgin Atlantic was voted Britain’s only Global Five Star Airline by APEX for the fifth year running in the Official Airline Ratings. Headquartered in London, it employs 6,500 people worldwide, flying customers to 27 destinations across four continents. Alongside shareholder and Joint Venture partner Delta Air Lines, Virgin Atlantic operates a leading transatlantic network, with onward connections to over 200 cities around the world. On 3 February 2020, Air France-KLM, Delta Air Lines and Virgin Atlantic launched an expanded Joint Venture, offering a comprehensive route network, convenient flight schedules, competitive fares and reciprocal frequent flyer benefits, including the ability to earn and redeem miles across all carriers.

Sustainability remains central to Virgin Atlantic, having taken an industry leadership position through its long-standing support for SAF commercialisation and fleet transformation programme. Since September 2019, the airline has welcomed eight new Airbus A350-1000 with a further A350-100 and three A339s entering the fleet in 2021. By the end of 2022 the average fleet age will be just over six years, driving a fuel efficiency (CO2 /RTK) improvement of 30% compared to 2007. For more information visit www.virginatlantic.com or via Facebook, Twitter and Instagram @virginatlantic.

About UK for UNHCR

UK for UNHCR is the UN Refugee Agency’s national partner for the UK, building solidarity, fostering partnerships and raising funds in the UK to help deliver global humanitarian relief for refugees through UNHCR’s work. www.unrefugees.org.uk

UNHCR, the UN Refugee Agency, leads international action to protect people forced to flee their homes because of conflict and persecution. It delivers life-saving assistance like shelter, food and water, helps safeguard fundamental human rights, and develops solutions that ensure people have a safe place to call home where they can build a better future. UNHCR also works to ensure that stateless people are granted a nationality. www.unhcr.org