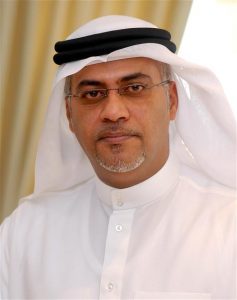 “We’ve made great strides recently to increase the positive influence that Dubai Airports has amongst our stakeholder community, both inside and outside of the airport.  We’ve also improved the relationship with the various government departments with whom we interact on a daily basis.  Such improvements don’t come without hard work and effort.  They are the result of a sustained and detailed analysis of our business needs in this pivotal area.  These improvements in our business have been led from the front by Majed Al Joker our new EVP of Corporate Affairs,” said Paul Griffiths, CEO of Dubai Airports.

Al Joker holds a Master of Science Degree in International Business Management from Heriott Watt University in the U.K. He is also a winner of “Best Leader in Customer Service” (UAE level).