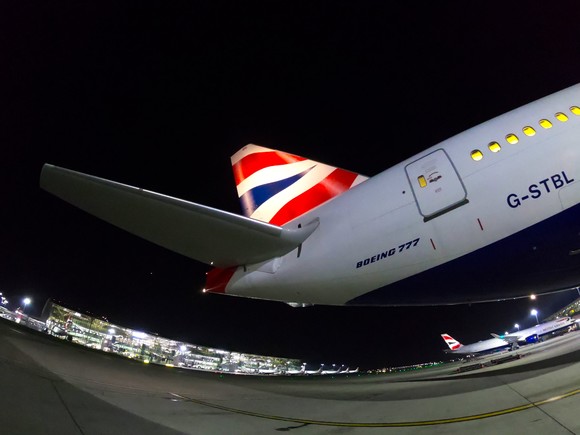 Covid-19: British Airways flies thousands of UK nationals stranded in India back to the UK

LONDON, UK, 2020-Apr-22 — /Travel PR News/ — British Airways is flying thousands of UK nationals who have been stranded in India as a result of the Covid-19 crisis back to the UK this week.

The airline has already flown back thousands of travellers as part of 65 rescue flights which have either operated or are planned to operate in the coming days from destinations across the globe. This is through agreements with travel operators including cruise companies and national authorities, as well as part of a continued effort between British Airways and the Foreign & Commonwealth Office (FCO) to bring people home from cities all over the world. The airline is also carrying hundreds of tonnes of essential supplies including medicines and personal protective equipment (PPE) to the UK through IAG Cargo.

More flights from India to the UK are continuing this week.

In India the airline is serving 11 airports across the country with special flight departures over a period of two weeks. Flights are taking off from Delhi, Mumbai, Hyderabad, Bengaluru, Chennai and the airline has also extended its operation to serve additional cities which include Goa, Amritsar, Kolkata, Ahmedabad, Kochi and Thiruvananthapuram. The repatriation effort has been a collaboration between the UK and Indian Government authorities, British Airways and the airport teams in both Britain and India

Alex Cruz, British Airways’ Chairman and CEO, said: “It is an honour to support the government’s repatriation efforts and keep a small fleet of aircraft flying to bring stranded Britons back to the UK.  When families step foot on board our aircraft and tell us how emotional it feels to be coming home, it reminds us why the job we are doing is still so important. We are hugely proud of our colleagues who continue to work with such dedication and commitment through this crisis to fly people and essential supplies across the world.”

The Foreign Office’s Minister of State for South Asia and the Commonwealth, Lord (Tariq) Ahmad of Wimbledon, said:  “We know this is a difficult time for British travellers in India and we are pleased to have partnered with airlines, including British Airways, to get them home.

“This is a huge and logistically-complex operation, and we are working tirelessly with the Indian Government and state authorities to help more British travellers get home.”

Our Customer Service Manager Jack Woodhouse and Pilot Graham Dawkins take you behind the scenes on one of these important and unusual flights.

Any British nationals who may have not got confirmed travel back to the UK as yet can visit the India Travel Advice page and use the city-specific webpages to register themselves.