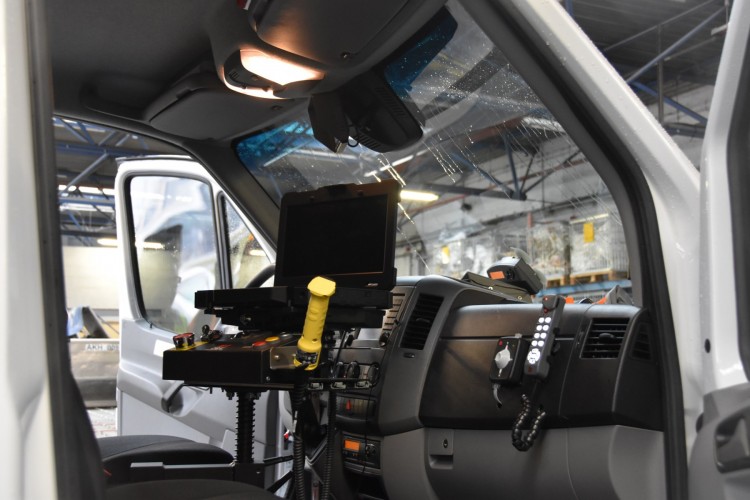 BRUSSELS, Belgium, 2017-Nov-28 — /Travel PR News/ — Today (27 November 2017 ) the General Administration of Customs and Excise Duties and Brussels Airport inaugurated the Z Backscatter Van at the airport, in the presence of the Minister of Finance Johan Van Overtveldt. This van, which is fully equipped with built-in Z Backscatter x-ray imaging technology, can scan planes from the outside to check for various forms of contraband which could otherwise not be detected.

The General Administration of Customs and Excise Duties (GAC&E) bought this device, with financial support from the European Anti-Fraud Office (OLAF). The GAC&E already bought a similar device in 2014 that is used mainly to inspect containers and vehicles in the port of Antwerp. This Z Backscatter Van features a specific module that makes it particularly suited to scanning aircraft.

Due to the compactness of the device and the manoeuvrability of the van, customs services can also screen planes in locations that are difficult to access, for example at a stand. These inspections take place in a very short space of time. It’s sufficient to drive the Z Backscatter van around the plane that needs to be scanned and thanks to the built-in technology, instant photo-like images are displayed.

‘With its X-ray technology, this Z Backscatter Van allows us to carry out targeted checks on planes, with a very high frequency. This means that quick screening is perfectly possible’, explained Kristian Vanderwaeren, Administrator General of the Customs and Excise Administration. ‘It increases the efficiency of customs, and saves a considerable amount of time for all parties involved.’

‘We always strive to improve the screening processes and make them more efficient’ added Arnaud Feist, CEO of Brussels Airport Company. ‘So I’m very happy that this Z Backscatter Van will be used at our airport as a tool in the fight against fraud and contraband.’