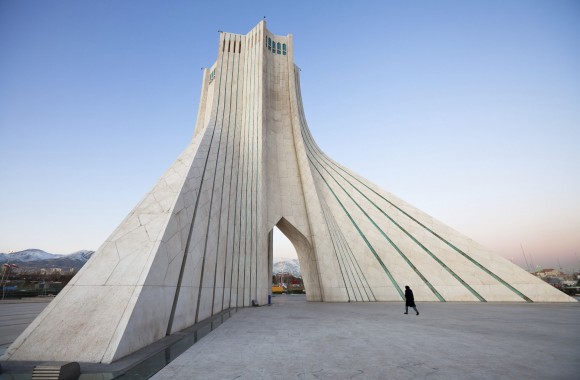 LONDON, 2016-Sep-05 — /Travel PR News/ — Intrepid travellers are expected to make Iran the new ‘must-see’ destination thanks to the start of direct flights to Tehran from Heathrow by British Airways.

The new six times a week service is to today (September 1), following the recent relaxation of sanctions, which opens up exciting new prospects for Iran as a tourist destination thanks to its rich heritage and culture, unique architecture, and world-class food and delicacies.

As well as giving even more choice and flexibility between London and the Middle East, especially for families looking to visit relatives, Tehran is also a great emerging market with real opportunities for businesses to grow commercial links.

Sean Doyle, British Airways’ Head of network and fleet, said: “British Airways has a long history of flying to Iran so we are very excited to be launching our new six times a week service, direct from Heathrow to Tehran.

“Iran is a fascinating country, full of amazing and surprising places for tourists to visit and discover its sophisticated and ancient culture.

“The recent lifting of sanctions has also effectively allowed Iran to re-open for business and paved the way for commerce to re-connect with Iran’s economy, which is the second largest in Middle East and North Africa, with a diverse range of businesses and industries.”

And while the idea of a holiday in Iran might sound unlikely, tourists will discover a land full of surprises in this ancient country, which boasts some of the greatest ancient and Islamic arts and architecture, as well as the modern Iran, which is the world centre of cosmetic surgery and nose-jobs.

There is much for travellers to explore in Iran, and British Airways recommends the following:

As well as being the heart of the country’s business centre, the modern metropolis of Tehran is crammed full of fabulous mosques, imperial palaces, ancient fortresses, temples, and dozens of museums. Visitors to the city should make sure to see the beautiful Golestan Palace complex, the Niyavaran Palace Museum and Sa’dabad Palace, once the home of the Iranian monarchs and now the Ceremonial Office of the President of Iran. No visit is complete without a tour of the labyrinth-like maze of the bustling alleys and stalls in the city’s vast Grand Bazaar or to the dramatic Milad Tower at sunset. Culture vultures can also see Tehran’s Museum of Contemporary Art, or visit one of the city’s scores of museums, including the gem-packed glittering National Treasury Museum and the National Museum of Iran. Endless cafes, restaurants, and teahouses make Tehran the place to meet and get to know the friendly locals. While Iran may have a strict conservative government, change is coming. More than half of the population is under 30-years-old and the younger crowd are reinventing the city, which is slowly becoming a hub of contemporary arts with a changing social scene.

A very popular destination for day-trippers from Tehran, this former village marks the start of the

hiking trail to Mount Tochal, which towers over Tehran. During the winter it sees very heavy snowfalls.

Just to the north east of Tehran is Mount Damavand, which at 5,671 m is the highest mountain in the Middle East, with its iconic image captured on one of country’s banknotes. It’s also a mecca for climbers and renowned for its stunning views.

Iran’s best kept secret is that it’s a fantastic place to go skiing, and at a fraction of the cost in Europe, in the Alborz mountains. The ski resorts of Shemshak and Dizin are only 35 miles from Tehran and are a popular bolt-holt for wealthy Tehranis during the winter and spring.

Iran has a good range of popular beach resorts on both the Caspian Sea and the Persian Gulf. Ramsar has become one the Caspian Sea’s best loved resorts and was frequently used by the last Shah of Iran as a holiday destination, especially for its nearby hot springs and its breath taking scenery. Meanwhile, to the south lies Kish Island’s beaches, famous for their clear turquoise waters, which has become a firm favourite for swimmers and divers, thanks to its coral reefs, sandy beaches and year-round sunshine.

Isfahan is Iran’s second city but some would say easily it’s most beautiful, and is known as “Half the World” because of it’s ethereal beauty,  boasting a bevy of stunning architectural gems, such as mosques, palaces, and minarets. This includes the UNESCO-protected Naghsh-e Jahan Square (one of the largest city squares in the world), the jewel-like Sheikh Lotfollah Mosque, the 17th-century Imam Mosque with its hazy blue domes, the Aali Ghapou Palace, and Chehel Sotoun Garden and Palace. The once-Persian capital is also famous for its Persian–Islamic architecture, with many beautiful boulevards and many historical covered bridges.

No visit to Iran is complete without seeing the dramatic world famous ruins of Persepolis, the ancient capital of the Achaemenid Empire, declared a world heritage site in 1979 by UNESCO. The colossal ruins are all that remains of the vast city which was partly destroyed by Alexander the Great, leaving scorch marks on the stones of the palace of Darius. Even two thousand years later, Persepolis continues to astonish modern day visitors.

Sweltering in the fierce summer heat, Yazd is famous for its wind-catchers (ventilators) and as the centre of Zoroastrian culture, as well as the nearby ghost town of Koporak.

Packed full of palaces and lush gardens, Shiraz is also the home of the Shiraz grape, whose vines were ripped out following the popular Islamic revolution in 1979. But the remaining green parks and historic Eram Garden (Garden of Paradise) are now popular with Iranians for strolling around and taking in the relaxing surroundings. The city is also the home of Persian poetry with sites like the Tomb of Hafez, a well-known Persian poet from the 14th century.

Located in the east of Iran, and popular with tourists and pilgrims alike, Mashhad is home to the shrine of Imam Reza, the largest mosque in the world, and the tomb of Persian poet Ferdowsi.

Visitors to Iran should check the latest travel advice with the Foreign & Commonwealth Office before they fly: www.gov.uk/foreign-travel-advice/iran

Tehran is one of 20 new routes British Airways has launched this year, including San Jose, Costa Rica, San Jose, California and Lima in Peru.

British Airways’ new Tehran service will depart six times a week (every day except Sunday) from Heathrow’s terminal 5 as the BA153, departing at 9.10pm and arrive into Imam Khomeini International at 6.25am the following day. The returning BA152 with depart Imam Khomeini International at 8.35am and arrive into Heathrow Terminal 5 at 11.10am the same day.