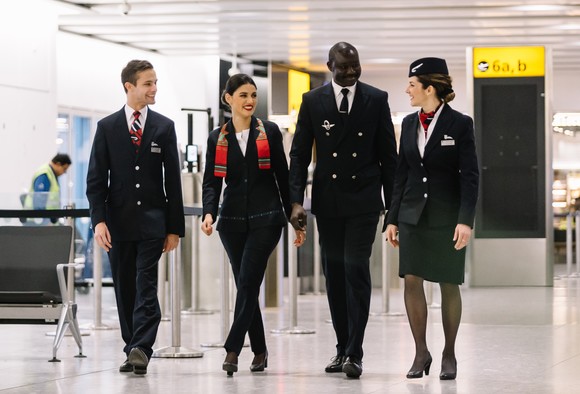 LONDON, UK, 2020-Feb-18 — /Travel PR News/ — British Airways and Royal Air Maroc have announced a new codeshare agreement which will open up new routes across Morocco including Casablanca and Agadir.  It will also give customers more flight flexibility between London Heathrow and Marrakesh.

Customers will be able to book from 13 February when the new agreement takes effect and codeshare flights will operate from 20 February, prior to the Moroccan airline’s joining of the oneworld alliance on 1 April 2020.

British Airways’ first African codeshare will give its customers more choice of services between Heathrow and Marrakesh. As well as daily access to Royal Air Maroc’s hub in Casablanca, which is not currently served directly by British Airways.

Casablanca also serves as the perfect hub for connections onto other Royal Air Maroc destinations, including Abidjan in the Ivory Coast, Freetown in Sierra Leone and Agadir in Morocco.

“Not only will this codeshare agreement give our customers the choice of more flights to Africa’s biggest tourist destination, Morocco, it will connect our extensive global network to new destinations in Africa.”

Hamid Addou, Royal Air Maroc’s CEO adds: “This new Code-share with a prestigious company, British Airways, confirms Royal Air Maroc’s major role as a key player connecting Africa to the rest of the world. We are very pleased with this cooperation which will foster our traffic development and ease the access to both our companies’ networks on both ends. Thanks to this code-sharing agreement, Royal Air Maroc offers its passengers access to additional destinations across Great Britain and a better customer journey, through optimized connections and end-to-end check-in operations, with international assistance at airports served by the two companies.”

Both Royal Air Maroc and British Airways’ customers will be able to earn loyalty points when flying on either carrier.  As always, members of the British Airways Executive Club can earn Avios on their British Airways booking including eligible codeshare flights.  Avios can be spent on Reward flights, upgrades, hotels, car rental and cutting the cost of a flight. When using Avios part payment, customers can pick from a range of savings by destination and cabin and they still collect Avios points on their bookings.

Royal Air Maroc is a leading airline in Africa since its creation in 1957. With a young fleet of 59 aircraft, the company serves more than 105 destinations around the world and transports nearly 8 million passengers yearly. Capitalizing on Morocco’s geographic location as a hub between Europe and Africa, Royal Air Maroc is positioning itself as an essential airline actor at an international level. The company provides regular connections between the main airports in Morocco and more than 80 airports around the world. In 2019, it operated more than 2,500 regular flights per week.

Thanks to Royal Air Maroc, Casablanca has become an essential platform for air connections between Africa and the rest of the world. The company transports nearly 2 million passengers on African lines, 60% of which are transiting. In order to consolidate its positioning in this high-potential market, Royal Air Maroc is expanding its network and developing a range of services adapted to the needs of African customers: reorganization of the flight program, renovation of transit infrastructures, recruitment of multicultural teams (more than 15% of the cabin crew come from West African countries).

The company also pursued its efforts to join the Oneworld alliance. She has been invited to become a member of this prestigious alliance, which she will officially join during 2020.

Royal Air Maroc has been ranked four stars in the Skytrax ranking since 2015.