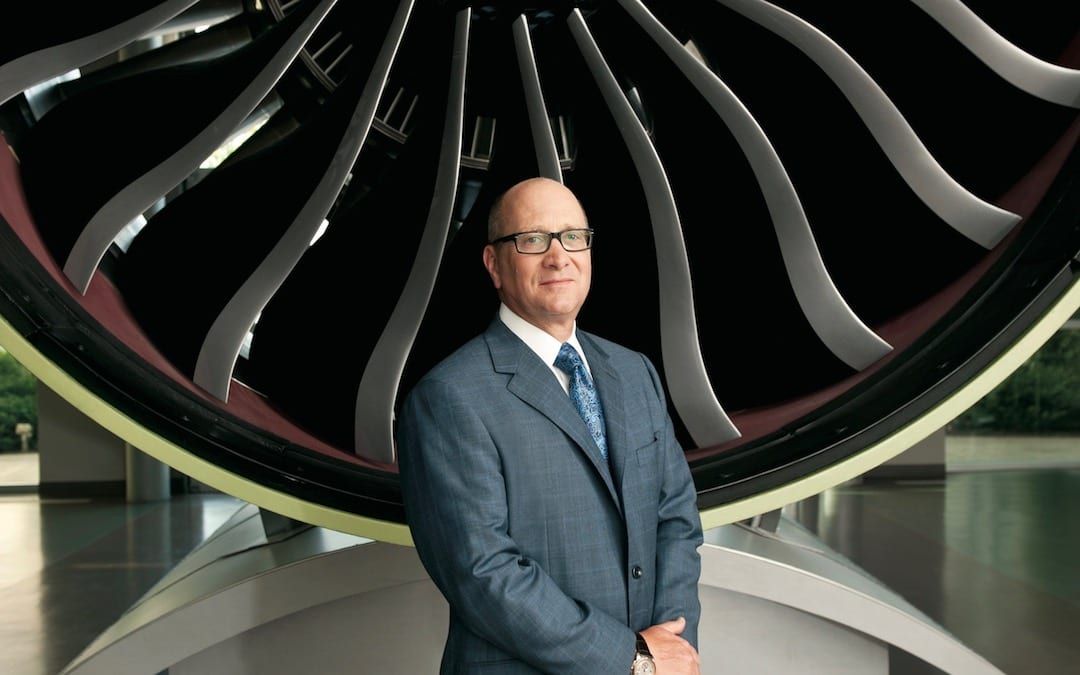 CHICAGO, IL, 2021-Sep-02 — /Travel PR News/ — The Boeing Company (NYSE: BA) board of directors today (Aug. 31, 2021) announced that David L. Joyce has been elected to the board, effective immediately. He will serve on the Aerospace Safety and Compensation committees. The Boeing board today also announced that Admiral Edmund P. Giambastiani Jr. has informed the company that he will retire from the board at the end of 2021.

An accomplished aerospace executive, Joyce, 64, retired from General Electric (GE) as vice chair in 2020, where he also served as president and CEO of GE Aviation from 2008 to 2020.  During his 12-year leadership of GE’s largest division, Joyce also led customer and product support for more than 19,000 global engines and 500 airlines customers and oversaw the implementation of an industry-leading safety management system across GE Aviation.

A 40-year GE veteran, Joyce joined GE Aviation in 1980 as a product engineer and spent 15 years designing and developing GE’s commercial and military engines, before serving in a variety of leadership positions in GE Aviation, including vice president and general manager of Commercial Engines. Joyce earned both a Bachelor of Science and master’s degree in mechanical engineering from Michigan State University and holds a master’s in business finance from Xavier University.

“David Joyce is a recognized aerospace industry leader who brings a demonstrated track record of safety leadership, engineering expertise and operational excellence to our board,” said Boeing Chairman Larry Kellner. “He will provide valuable counsel and guidance based on his significant experience.”

You may also be interested in:  Boeing introduces the third member of the 787 Dreamliner family

Joyce is a member of the National Academy of Engineering, and is the recipient of the National Defense Industrial Association’s James Forrestal Industry Leadership Award and the American Society of Materials’ Medal for the Advancement of Research. Since 2010, he has served on the Board of Trustees of Xavier University.

“Boeing will benefit from David Joyce’s deep aviation experience and broad industry relationships,” said David Calhoun, Boeing president and CEO, and member of the board of directors. “David’s experience transforming businesses and focus on quality and safety in the aerospace industry will further strengthen our board.”

Adm (ret.) Edmund P. Giambastiani joined the board in 2009 after a distinguished military career, culminating in his service as the seventh vice chairman of the Joint Chiefs of Staff.  Admiral Giambastiani is a career U.S. Navy nuclear-trained submarine officer with extensive operational, maintenance, overhaul, engineering, and acquisition experience. He brought to the board a wide breadth of experience with major program development, program resourcing, and other aspects of managing large U.S. armed forces acquisition programs, with a particular focus on high-technology programs. His experience and leadership in matters related to national security and defense has been of distinct benefit to the company.

In 2019, Admiral Giambastiani was appointed to serve as the chair of the Board’s Committee on Airplane Policies and Procedures, which was formed to review Boeing’s company-wide policies and processes for airplane design and development. After an intensive five-month review, the committee recommended several actions that have been implemented to strengthen Boeing’s safety practices and culture, including: creating a permanent Aerospace Safety Committee, which Admiral Giambastiani has chaired since its inception; establishing a Product and Services Safety Organization reporting to senior company leadership and the Aerospace Safety Committee; realigning Engineering teams into a unified organization under the Chief Engineer to further strengthen the Company’s engineering function; establishing a formal Design Requirements program; enhancing the company’s Continued Operation Safety Program; re-examining flight deck design and operation assumptions; and expanding the role and reach of the company’s Safety Promotion Center.

In addition to chairing the Aerospace Safety Committee, Admiral Giambastiani serves as a member of the Board’s Governance & Public Policy Committee and Special Programs Committee. Admiral Giambastiani earned a Bachelor of Science degree with a minor in electrical engineering with leadership distinction from the U.S. Naval Academy.

“We deeply appreciate Ed’s commendable service on our board,” said Boeing Chairman Larry Kellner. “Boeing has benefited greatly from his distinguished leadership and committed service, including his commitment to ensuring the quality and safety of all Boeing’s aerospace products.”

“It has been a privilege to work closely with and serve alongside Ed,” said Boeing President and CEO David Calhoun. “We are thankful for his significant and lasting contributions to our company, including his leadership on product safety and matters related to national security and defense.”

As a leading global aerospace company, Boeing develops, manufactures and services commercial airplanes, defense products and space systems for customers in more than 150 countries. As a top U.S. exporter, the company leverages the talents of a global supplier base to advance economic opportunity, sustainability and community impact. Boeing’s diverse team is committed to innovating for the future and living the company’s core values of safety, quality and integrity. Learn more at www.boeing.com.