Most recently Director of Marketing at Four Seasons Hotel Seattle, Magee’s promotion to the Hotel Manager position comes with nearly 27 years of experience in the luxury hospitality industry.

An alumna of the University of Texas, her career with Four Seasons began shortly after graduation when she returned to her hometown to work as a Concierge at Four Seasons Hotel Houston. She transitioned to the sales department in 1989, covering both the corporate and group markets, before moving to Seattle in 1998 to take on the role of Director of Sales at the former Four Seasons Hotel Olympic.

Magee stayed on with Fairmont Hotels & Resorts when the hotel company assumed management responsibilities for the downtown Seattle property in 2003, but returned to Four Seasons in 2008 with the opening of the brand-new Four Seasons Hotel Seattle.

Despite the fact Magee has been in Seattle for 16 years, Four Seasons Hotel Austin General Manager Rob Hagelberg is confident the Austin community will warmly welcome her back to her Texas roots.

“Nothing could be more perfect for us than having a Longhorn – not to mention a native Texan – as our Hotel Manager,” says Hagelberg.

In her new role, which reports directly to Hagelberg, Magee will oversee all operational elements of the 291-room hotel located in downtown Austin.

Following her official start date in early August, Magee will be joined in Austin by her husband. In her free time, the avid biker, hiker, swimmer and shopper looks forward to exploring the city’s great outdoors and unique stores.

You may also be interested in:  Four Seasons Hotel Austin first Zero Waste hotel in Texas 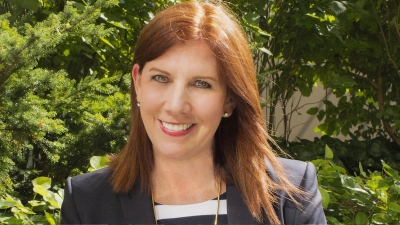