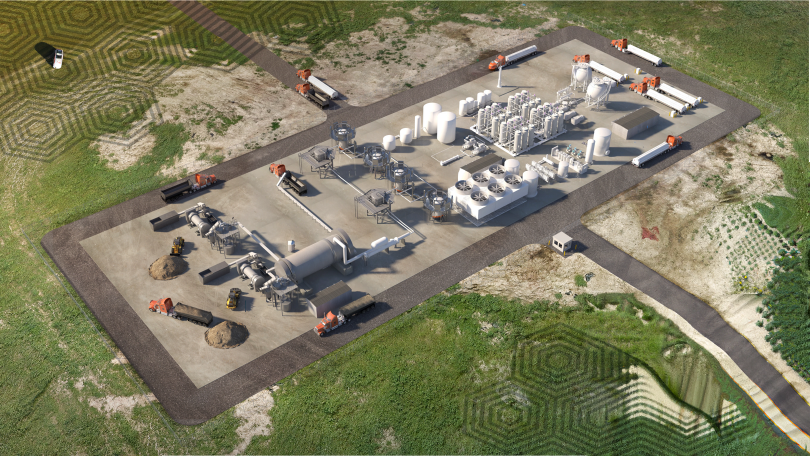 Raven SR, which owns patented Steam/CO2 Reforming technology for converting various types of local waste, such as green waste, municipal solid waste, organic waste, and methane from municipal solid waste, into renewable hydrogen and clean fuels, is set to begin commercial hydrogen production in 2024 1Q. Raven SR plans to begin production of SAF in California by 2025, with annual incremental increases to 200,000 tons by 2034. The supply will be produced by Raven SR at facilities planned for major global markets in the US and Europe.

“As part of our climate transition strategies, ANA is dedicated to being an industry leader with our environmental commitments. This announcement with ITOCHU and Raven SR will be of great importance and support our mid- and long-term carbon reduction goals,” said Hideo Miyake, Executive Vice President at ANA overseeing Procurement. “We look forward to collaboratively working together on this important business imperative of being environmentally conscious and developing local solutions that are beneficial to reducing our carbon footprint.”

“ITOCHU is proud to work together with ANA and Raven SR under a strong commitment toward carbon neutrality,” said Masaya Tanaka, President of the Energy & Chemicals Company and Executive Officer. “We will continue to work closely on the production and procurement of SAF, and look forward to the commencement of production in the coming years which will help increase utilization of SAF in the airline industry.”

You may also be interested in:  S7 Airlines to start direct flights from Irkutsk, Russia to Phuket, Thailand from December 30

“We are grateful our strategic partner ITOCHU introduced us to ANA to initiate this landmark agreement for long-term SAF supplies that will foster growth for Raven SR on a global basis and help ANA with its carbon reduction commitments,” said Matt Murdock, CEO of Raven SR. “We expect that our agreement with ANA to supply SAF in strategic markets globally will enable buying local fuel produced from local waste. We see growing interest in such efficiency and circularity in renewable fuel distribution for aviation and other transportation sectors.”

Global SAF supply currently comprises 0.03% of total jet fuel consumption due to a limited supply of feedstock like used cooking oils and tallow. The General Assembly of the International Civil Aviation Organization (ICAO) has set a goal of achieving net zero CO2 emissions from aircraft by 2050. To meet this target, the airline industry will be required to reduce or offset 15% of its emissions from 2019 levels, starting in 2024. As the trend towards decarbonization in the airline industry continues to gain momentum, it is expected that the demand for sustainable aviation fuels (SAF) will also increase in Japan.

Raven SR’s non-combustion technology offers a sustainable solution for the reliable and long-term production of renewable fuels. By utilizing local and regional waste, Raven SR’s distributive model produces fuels closer to market demand, leading to greater decarbonization and addressing environmental issues caused by waste in specific regions. This approach further enhances the sustainability and impact of the company’s clean fuel production. Raven SR’s use of waste as feedstock for its SAF production is expected to provide both stabilize the supply and pricing of SAF.

You may also be interested in:  Philippines' leading airline Cebu Pacific to expand its fleet with 12 brand new aircraft in 2019

The ANA Group has set a goal of replacing at least 10% of its jet fuel with SAF by FY2030 and of becoming carbon neutral by FY2050. Through our ANA Future Promise initiative and other efforts, we will continue to proactively work to incorporate initiatives to reduce CO2 emissions and pursue sustainability in the aviation industry to contribute to the realization of a carbon-neutral society.

You may also be interested in:  Holidays by flydubai offers attractive packages for Eid holiday

The history of ITOCHU Corporation dates back to 1858 when the Company’s founder Chubei Itoh commenced linen trading operations. Since then, ITOCHU has evolved and grown over 160 years. With approximately 100 bases in 62 countries, ITOCHU, one of the leading sogo shosha, is engaging in domestic trading, import/export, and overseas trading of various products such as textile, machinery, metals, minerals, energy, chemicals, food, general products, realty, information and communications technology, and finance, as well as business investment in Japan and overseas. Visit https://www.itochu.co.jp/en/.