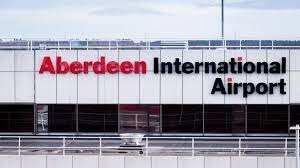 The route will take off from October 30 and is part of the airline’s increased capacity for this upcoming winter.

The new route forms part of Emerald Airlines’ wider expansion strategy, which will come to fruition over the coming months; seeing the delivery of five additional aircraft, adding further capacity, and increasing frequencies.

Commenting on the announcement, Ciarán Smith, Head of Commercial at Emerald Airlines, said: “After a very successful summer season, we are delighted to be upping our frequencies and adding new routes out of Dublin to/from Aberdeen. With convenient timings and cost-effective flights, we strongly believe these connections will be warmly welcomed by both business and leisure travellers. We look forward to a busy winter ahead!”

The ATR72-600 forms the backbone of Emerald Airlines’ growing fleet, with the average age of aircraft being six years. The ATR72-600 is the latest generation of turboprop aircraft combining unmatched environmental and economic performance. These ultra-low fuel burn aircraft emit up to 40% less CO₂ on these short, regional flights.

Mark Beveridge, Operations Director at Aberdeen International Airport, said: “We look forward to welcoming Aer Lingus Regional’s operator Emerald Airlines to our airport with the launch of the Dublin route. The North East has a lot to offer so we look forward to anyone coming to visit our region.”

With fares starting at £39.99*, passengers can book tickets now at www.aerlingus.com

*Each-way as part of a return trip