Bangkok, Thailand, 2014-8-27 — /Travel PR News/ — With only five days to go until the 15th annual World Gourmet Festival kicks off at Four Seasons Hotel Bangkok, things are starting to get exciting.

“It’s always a joy to be involved in the Festival,” says Vincent Hoogewijs, Regional Vice President and General Manager of Four Seasons Hotel Bangkok, who experienced his first World Gourmet Festival back in 2004 in his role as Hotel Manager. “Every year we see it grow and grow, with new up-and-coming chefs participating, ever more delicious menus available, and a buzz that keeps getting louder each year. And with this being the 15th year of the event, there’s more than ever to look forward to.”

This year’s line-up includes seven exceptional chefs from six different countries around the world, cooking demonstrations in the lobby at the Gaggenau Show Kitchen, and other events including the World Class Lounge, World Gourmet Festival Afternoon Tea, and the always memorable World Gourmet Festival Sunday Brunch.

Confirmed to participate this year are:

Tickets are going fast and some of the dinners are already sold out. For the latest updates and to purchase tickets, visit www.worldgourmetfestivalbangkok.com. Highlights of last year’s event, as well as a glimpse of what to expect this year, can be found on the Facebook, Twitter, Pinterest and Instagram feeds of Four Seasons Hotel Bangkok.

You may also be interested in:  Four Seasons Hotel Bangkok to introduce brand new dining concept in the Parichart Court – the Pop-Up Charcuterie Room

From mouthwatering cuisine to the chefs in action, a great service shot or mixologists shaking up a storm at the World Class Lounge, guests at this year’s World Gourmet Festival are encouraged to snap and share their favourite photo on Instagram to win a two-night stay at Four Seasons Resort Koh Samui.

Entrants simply follow @FSBangkok on Instagram, include the official contest hashtag #MyWGF, geotag the location as Four Seasons Hotel Bangkok, and share their favourite images taken during the World Gourmet Festival from September 1 to 7, 2014 for a chance to win.

Each eligible Instagram photo will be re-posted on the Hotel’s official Facebook page for public viewing and voting from Monday, September 1 to Wednesday, September 10, 2014. Voting ends at 12:00 noon Bangkok time on September 10, so followers should be sure to help select a winner before the deadline. From the Top Ten most popular images, the final winner will be selected by Editor-in-Chief Chris Kucway of Travel + Leisure Southeast Asia, the World Gourmet Festival’s premier media partner.

All for a good cause

Once again this year, the World Gourmet Festival is proud to support HRH Princess Soamsawali’s Save A Child’s Life from AIDS Project under the auspices of the Thai Red Cross Society. THB 600.00 from the price of every World Gourmet dinner ticket, as well as proceeds from the World Gourmet live auction, will be donated to this charity.

But the fun doesn’t end in Bangkok. Four Seasons Resort Hualalai at Historic Ka’upulehu will be hosting Chef Festin October, and Four Seasons Resort Palm Beach plays host to the 2014 Palm Beach Food & Wine Festival in December, so there’s still plenty more to enjoy before the year is out. Follow #FSFoodFest to stay up to date with all of the excitement of these festivals as they happen. 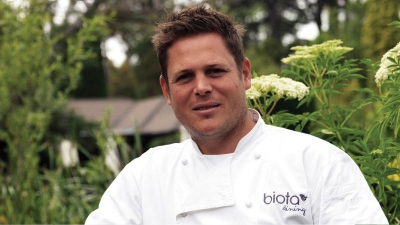