WHISTLER, BC, 2016-Jul-14 — /Travel PR News/ — The Bulleit Bourbon Canadian National BBQ Championships will throw down at Whistler Blackcomb for the 15th year July 29-31. The sauciest BBQ battle in the Pacific Northwest will return to Dusty’s Bar & BBQ for three days of carnivorous gratification accompanied by family entertainment and live music.

“I love welcoming back the Bulleit Bourbon Canadian National BBQ Championships each year,” says Joshua Kearns, Dusty’s Bar & BBQ Manager. “The variety and creativity brought forth with the food never fails to impress me. It’s all day entertainment paired with delicious BBQ.”

The championships will introduce a new competition this year, the Bulleit Bourbon Canadian National BBQ Championships Sauce Contest, a blind taste test judged by the general public that will prove the real sauce boss. Additional competitions include the Backyard Burger Championship, the Budweiser King of the Grill, the CASI Canadian International Chili Championship and the Ravenswood Cork & Pork. The main event, which determines the Grand Champion, is a cook-off of pork butt, beef brisket, chicken and ribs. The pressure is on for contestants as there is over $14,000 in cash and prizes to be won and the chance to win an invitation to the BBQ World Championships in Las Vegas.

Kicking off the festivities on Friday July 29 is WHOLE LOTTA RIBS, an all-you-can-eat BBQ dinner sure to fill up and fill out. Afterwards, Dusty’s Bar & BBQ will be rolling out The Bulleit Barn Burner Concert Series with FOMO, who will perform after dinner starting at 9pm.

The BBQ competition, including the Sauce Contest, heats up from 11am-4pm on Saturday July 30 with BBQ samples available by donation for spectators. Proceeds will be going to Playground Builders, an organization that builds play spaces for children in war torn countries. Free live music and free family entertainment is also on offer during the day.

The Bottomless BBQ Buffet on Saturday night is another all-you-can-eat feast of BBQ chicken and pork with all the fixings. Afterwards, the Bulleit Barn Burner Concert Series, featuring The Will Ross Band, gives diners the opportunity to dance their dinner off.

On Sunday, there will be a $1 pancake breakfast benefiting the Whistler Rotary Club followed by the final leg of the competitions. The Bulleit Bourbon Canadian National BBQ Champion will be crowned but the party doesn’t stop there. Free live music carries on through the afternoon with The Hairfarmers until the Bulleit Barn Burner Concert Series plays into the evening.

For tickets and a schedule of the events at the Bulleit Bourbon Canadian National BBQ Championships head to: https://www.whistlerblackcomb.com/events-and-activities/events/2016/07/bulleit-bourbon-canadian-national-bbq-championships

Guests looking to plan a trip to the consistently rated No. 1 Mountain Resort in North America can visit whistlerblackcomb.com/purchase/deals-packages or call 1-888-403-4727.

About Whistler Blackcomb
Whistler Blackcomb, the official alpine skiing venue for the 2010 Olympic and Paralympic Winter Games, is situated in the Resort Municipality of Whistler located in the Coast Mountains of British Columbia 125 kilometres (78 miles) from Vancouver, British Columbia. North America’s premier four season mountain resort, Whistler and Blackcomb are two side-by-side mountains which combined offer over 200 marked runs, 8,171 acres of terrain, 16 alpine bowls, three glaciers, receives on average over 1,163 centimetres (458 inches) of snow annually, and one of the longest ski seasons in North America. In the summer, Whistler Blackcomb offers a variety of activities, including hiking and biking trails, the Whistler Mountain Bike Park, and sightseeing on the PEAK 2 PEAK Gondola. 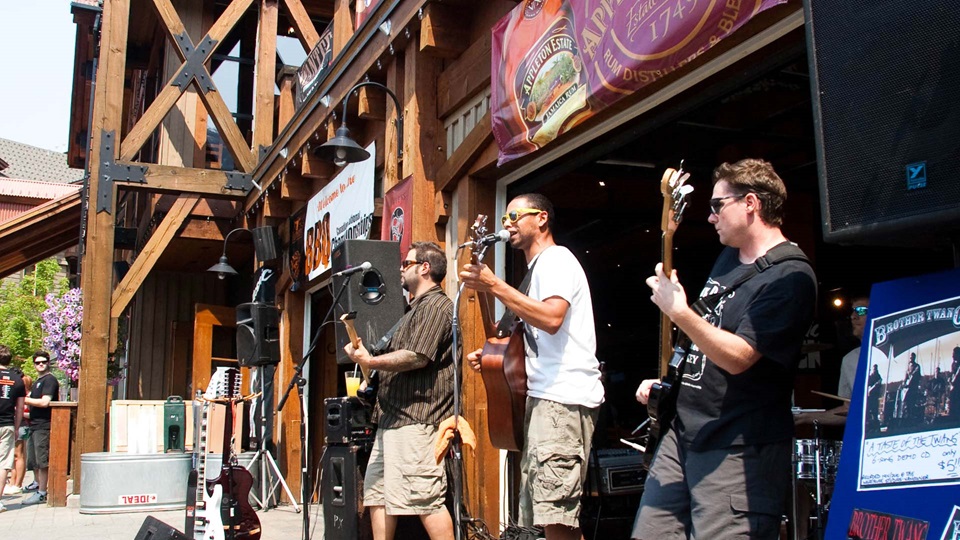