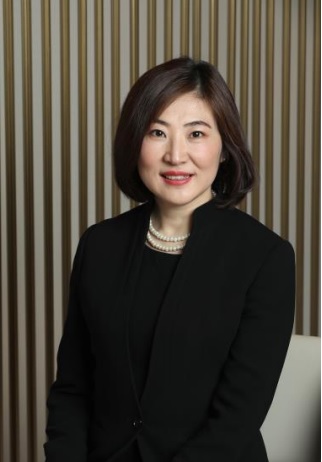 Joanna previously held the position of General Manager Artisse Place Shenzhen Hotel Residence where she led the hotel’s pre-opening team into its launch.  Having successfully built a career in management roles with luxury brands across China, Joanna’s 24-year track record began in hotel Operations, with a focus on Rooms.

A former Wharf Hotels Colleague, Joanna provided her expertise to Niccolo Changsha as Executive Assistant Manager of Rooms and Niccolo Chengdu as Director of Rooms, where she piloted operations standards to ensure maximum efficiencies, and steered her teams to offer Niccolo’s impeccable hospitality to its guests.

“Joanna’s impressive background coupled with her guest engagement approach and bold leadership style gives us the confidence that she will inspire Marco Polo Changzhou’s guest experiences to new levels,” said Thomas Salg, Vice President Operations of Wharf Hotels.  “We are delighted to welcome her back to the Wharf Hotels family.”

Located in the ancient Dragon City of Changzhou, Marco Polo Changzhou is well-connected to neighbouring cities by high-speed rail and the region’s highway network.  Situated in Changzhou’s Xinbei District adjacent to the China Dinosaur Park, the hotel is renowned as an urban oasis set in 78,000 m² of verdant landscaped gardens along the Grand Canal and Zaojiang River.  Featuring 271 rooms and suites with modern Asian touches and the Continental Club Lounge, Marco Polo Changzhou offers personalised service, exclusivity and comfort, the hallmarks of Marco Polo hospitality.  A boutique hotel within the hotel, The Mansion, features 31 rooms and suites with 3 luxurious event venues and a collection of breakout rooms for meetings, executive outings, family gatherings and weddings.

Reservations may be made at marcopolohotels.com.

About Wharf Hotels
The Spirit of Discovery

Emanating the spirit of discovery, Wharf Hotels, a wholly owned subsidiary of The Wharf (Holdings) Ltd, is based in Hong Kong SAR of China, and currently operates 17 owned or managed hotels under Niccolo or Marco Polo Hotels in China, Hong Kong and the Philippines.  Niccolo Hotels was added to the group’s portfolio in 2015 as the luxury collection, positioning the brand as contemporary chic.  The Murray, Hong Kong, a Niccolo Hotel, the brand’s flagship hotel, was ranked as the top hotel in the city within a year of its opening, and the upcoming opening of Niccolo Suzhou will bring the brand’s collection to 5 hotels following the successes of Niccolo Chengdu, Chongqing and Changsha.  Marco Polo’s international deluxe hotels in established locations within China, Hong Kong and the Philippines maintain their ethos to explore, discover and experience a destination, drawing on the philosophies of their namesake, Marco Polo: an adventurer, a traveller, an entrepreneur and a connoisseur of culture – just as Marco Polo’s modern travellers are today.  Wharf Hotels is a member of the Global Hotel Alliance.
Further details are available at wharfhotels.com.