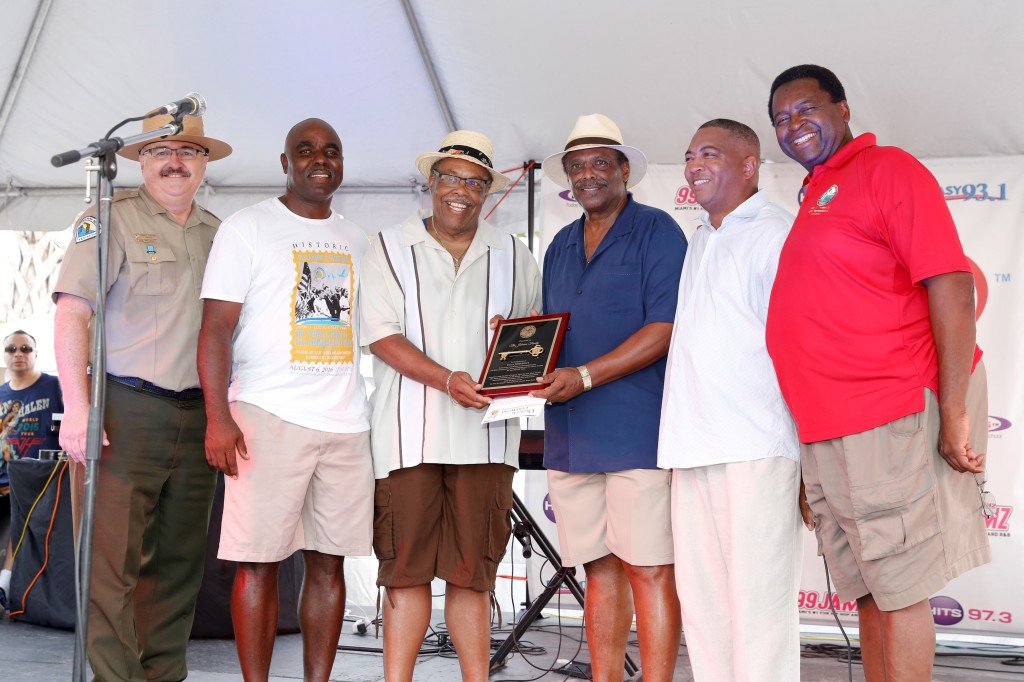 Mizell was the area’s first African-American surgeon who opened the first black hospital, and was the founding president of the first South Florida chapter of the National Association for the Advancement of Colored People (NAACP). Johnson, who succeeded Mizell as NAACP president, led a “wade-in” on July 4, 1961 that was instrumental in creating a bridge that allow accessed to Dr. Von D. Mizell-Eula Johnson State Park, then known as “the colored beach.”

“Greater Fort Lauderdale is honored to be home to the first Florida state park named after two committed and inspiring black civil rights activists,” Albert Tucker, VP of Multicultural Business Development for the Greater Fort Lauderdale CVB. “Naming the very beach Mizell and Eula fought to integrate after them is truly one of the best ways to honor their work and continue inspiring generations.”

In addition, several civil rights pioneers were recognized with pavilions and a boat ramp named in their honor including W. George Allen Esq., the first black graduate from the University of Florida’s law school who fought to integrate Broward County schools; Alphonso Giles, who ferried African Americans to the segregated beaches when that was the only way to get to the beach; George and Agnes Burrows, civil rights leaders in business; and Dr. Calvin Shirley, a civil rights medical leader. The bill was signed by Governor Rick Scott on April 6, 2016 and effective on July 1, 2016.

About Greater Fort Lauderdale/Broward County
From the seagrass to the sawgrass, Greater Fort Lauderdale, located in Broward County, boasts more than 34,000 lodging accommodations at a variety of hotels, luxury spa resorts, and Superior Small Lodgings reflecting a “beach chic” vibe. Visitors enjoy 23 miles of Blue Wave certified beaches, discover 300+ miles of inland waterways that run from the Intracoastal Waterway to the Everglades, dine at thousands of restaurants and eateries, get immersed in a thriving arts and culture scene and indulge in top shopping.