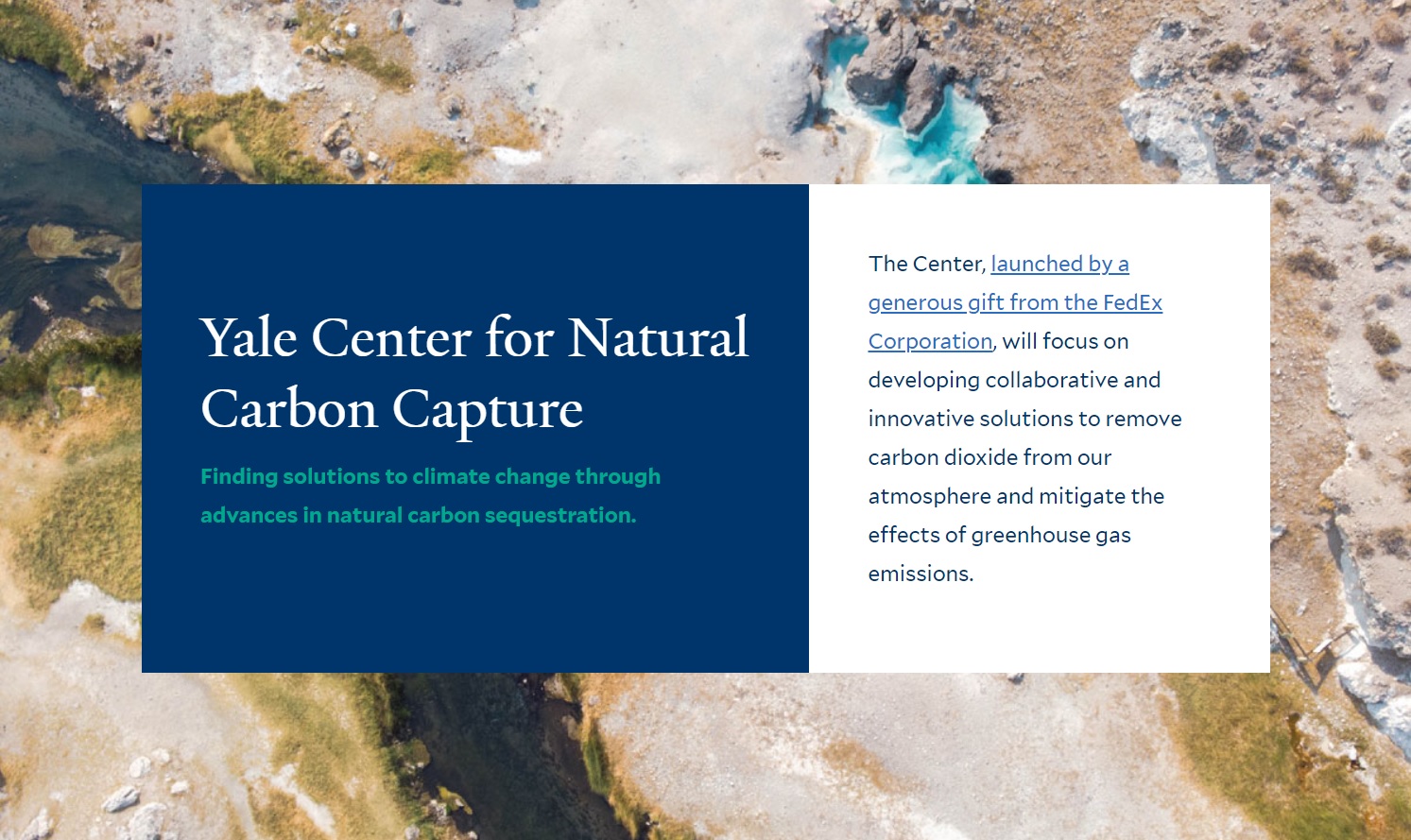 “This innovative partnership gives Southwest® the opportunity to support the development of crucial science to combat climate change, including fostering innovative research aimed at informing and advancing efforts to reduce atmospheric greenhouse gas concentrations,” said Stacy Malphurs, Vice President of Supply Chain Management & Environmental Sustainability for Southwest Airlines. “We recognize the importance of supporting initiatives that take a holistic approach to de-carbonization in the long-term, which aligns with the U.S. government’s goal for the aviation industry to be carbon neutral by 2050.”

Established in March 2021 with initial funding from FedEx Corporation, and taking inspiration from natural processes, YCNCC is focused on strategies for removing carbon dioxide from the atmosphere and safely storing it within plants, soils, rocks, and oceans. It also aims to develop methods for industrial carbon capture to convert carbon dioxide into useful fuels, plastics, and building materials.

“The climate crisis is the biggest challenge we face as a species,” says Michael Crair, Vice Provost for research at Yale. “To find solutions, we will need the very best efforts of scientists and policy experts at Yale and around the world. It’s a collaborative effort, and I am so grateful that Southwest Airlines has stepped forward to join our efforts in creating a sustainable future.”

Sustainability is a priority for Southwest, and this pledge complements its initiatives to improve environmental stewardship across the airline. Last month, Southwest announced a 10-year plan to maintain carbon neutrality to 2019 levels while continuing to grow its operations and stated its long-term goal to achieve carbon neutrality by 2050.

Southwest will fulfill its donation through the Southwest Airlines Foundation, a corporate-advised fund within the Silicon Valley Community Foundation.

Southwest Airlines Co. (NYSE: LUV) operates one of the world’s most admired and awarded airlines, offering its one-of-a-kind value and Hospitality at 121 airports across eleven countries. Celebrating its 50th Anniversary in 2021, Southwest took flight in 1971 to democratize the sky through friendly, reliable, low-cost air travel and now carries more air travelers flying nonstop within the United States than any other airline1. Based in Dallas and famous for an Employee-first corporate Culture, Southwest maintains an unprecedented record of no involuntary furloughs or layoffs in its history. By empowering its nearly 54,0002 People to deliver unparalleled Hospitality, the maverick airline cherishes a passionate loyalty among as many as 130 million Customers carried a year. That formula for success has brought industry-leading prosperity and 47 consecutive years3 of profitability. Southwest continues to develop tangible steps toward an environmental sustainability goal of achieving carbon neutrality by 2050. Learn more at Southwest.com/citizenship about how Southwest Airlines leverages a unique legacy and mission to serve communities around the world.