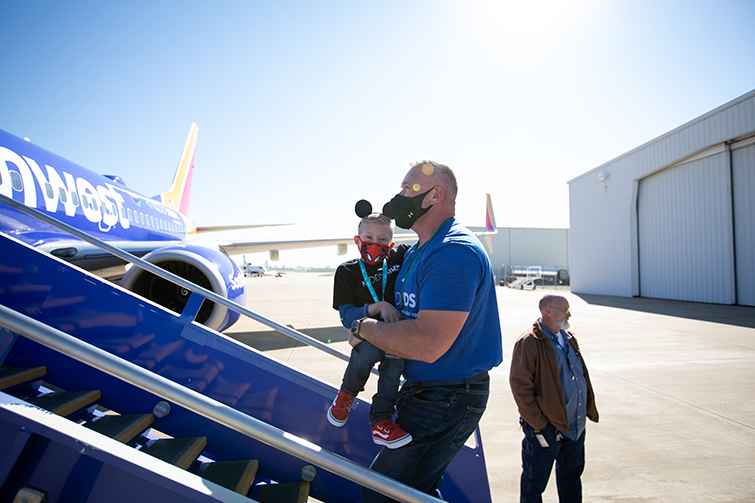 DALLAS, TX, 2022-Nov-22 — /Travel PR News/ — Southwest Airlines and Kidd’s Kids partnered for the 16th year to send more than 20 Kidd’s Kids and their families on a trip to the Most Magical Place on Earth outside of Orlando, Fla. Southwest hosted a celebratory pre-flight event, complete with a red carpet send-off and line of honor for each Kidd’s Kid.

“Kidd’s Kids is incredibly special to Southwest, as we are honored to support families who are impacted by life-altering conditions,” said Sonya Lacore, Vice President Inflight Operations at Southwest Airlines. “We are grateful for the opportunity to spread kindness and lift others up with this special trip and hope that each of these Kidd’s Kids and their families create memories that they will always cherish.”

The charter aircraft was donated by Southwest, and the Crew working the flight volunteered their time. For the handful of families selected for the Kidd’s Kids trip who live outside of North Texas, Southwest flew them to Orlando from other cities, free of charge, and Southwest Employees at those airports hosted celebrations prior to their flights.

Leading up to the send-off event, Southwest supported Kidd’s Kids by hosting a telethon, staffed by Southwest Employee volunteers, which raised more than $21,000.

Together, Southwest and Kidd’s Kids have served more than 720 families. To learn more about Kidd’s Kids, visit kiddskids.org.