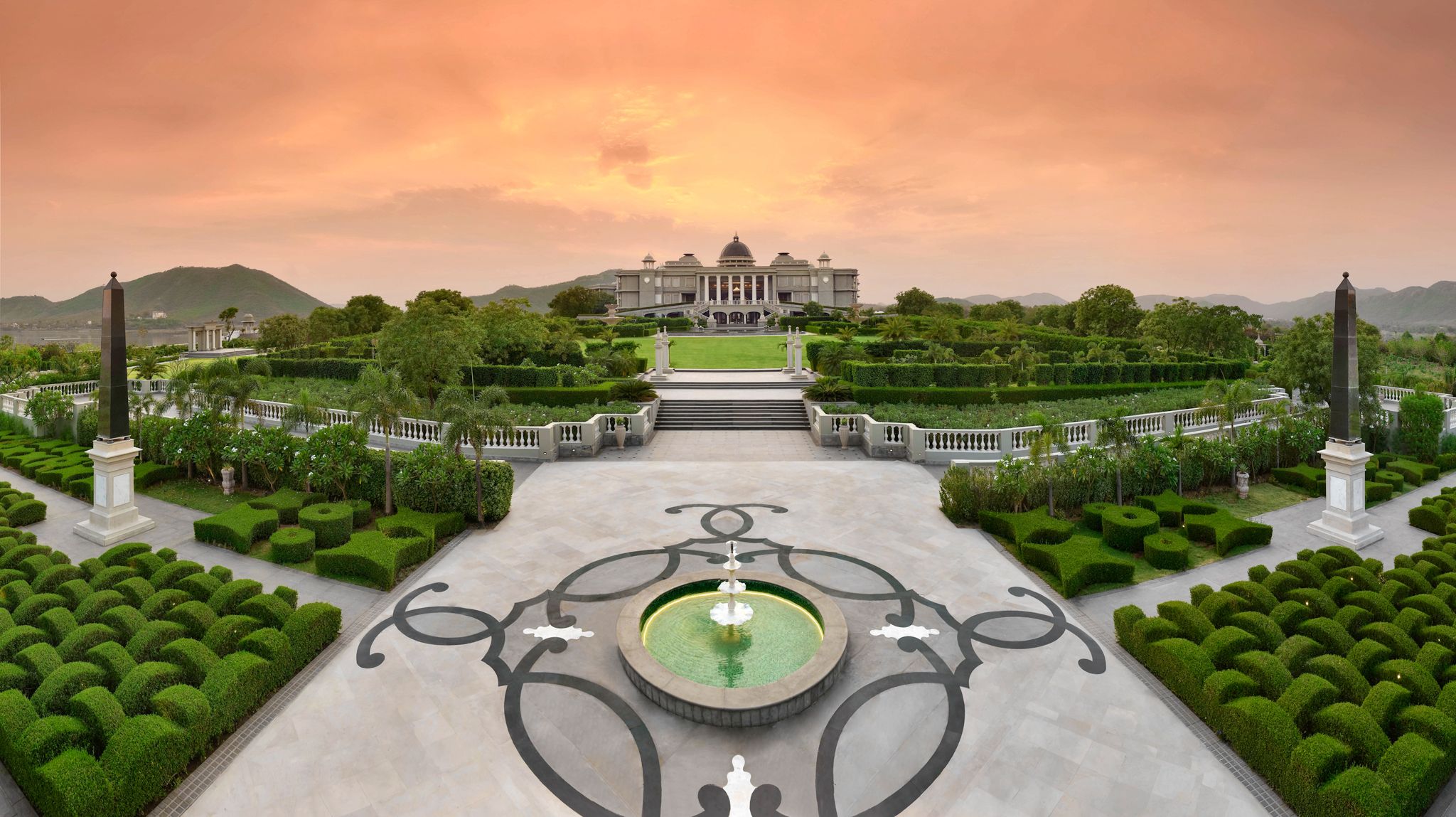 PARIS, FRANCE, 2021-Aug-04 — /Travel PR News/ — With newly appointed CEO Stephen Alden at the helm, Raffles Hotels & Resorts embarks on an exciting new era. A legendary brand known for transforming landmark properties in storied destinations around the world, Raffles is on track to more than double its illustrious portfolio, adding a host of distinguished locations that will continue to set the standard in the luxury hospitality industry. Later this year, Raffles will open a second hotel in Dubai (The Palm), along with Bahrain, Udaipur and Macau. Next year and beyond, the brand will debut flagship locations in London (2022), Boston (2022), Doha (2022), Jeddah (2022) and Moscow (2023), among others.

“Raffles approaches every endeavour with the utmost thought, care and discernment; our global expansion is no exception. With our pioneering spirit, we have sought out locations where we can really bring Raffles’ gracious welcome and tradition of excellence to life,” said Stephen Alden, CEO, Raffles & Orient Express. “Each new Raffles property is a destination in itself, and we are creating places where people want to be, in tune with our well-travelled guests’ contemporary lifestyles.”

Next year will see two watershed moments for the brand – with Raffles making its debut in North America and the United Kingdom. Raffles Boston Back Bay Hotel & Residences is located in the heart of the Back Bay, Boston’s most prestigious neighbourhood, and comprises a distinctive hotel as well as exquisitely appointed residences.

Raffles London at The OWO and The OWO Residences by Raffles will be an opening unlike any other in London. Located within the iconic Grade II* listed Old War Office building, an architectural masterpiece originally completed in 1906 which has witnessed world-shaping events, this property is set to be a momentous addition to the brand.

Raffles the Palm Dubai is set to open its doors in Q4 of 2021. This will be the first Raffles resort on the Palm Jumeirah – the world’s largest man-made island and archipelago. Raffles the Palm Dubai, located across 100,000 square metres of landscape on the West Crescent, will feature 389 luxurious rooms, suites, and villas, each with a balcony and sea-view terrace, and offer eight bar and restaurant concepts.

A serene sanctuary known as ‘the island of a million palm trees’, Raffles Al Areen Palace is located near the island’s protected wildlife park and reserve – home to a wide range of exotic animals and desert plants. With 78 opulent pool villas, one of the largest spas in the region and a wealth of tailor-made and signature Raffles experiences, this palatial property is set to redefine luxury hospitality in Bahrain. Honouring the Raffles heritage, the property will play its part as a cultural hotspot. A collection of one- and two-bedroom villas will feature living and dining areas, an intimate office, and expansive master bedrooms with ensuite bathrooms. A lush and majestic resort, Raffles Al Areen will feature an enchanting secret garden under the care of the hotel’s dedicated palace botanist.

Bringing this newbuilt site to life on a 21-acre private island in Udai Sagar Lake, the palatial Raffles Udaipur will be a sumptuous property, set to open in 2021. Surrounded by spectacular hills and a view of the 400-year-old temple in the background, the property has 101 rooms, each with a private pool. The hotel will provide a rare and authentic experience of one of India’s most scenic destinations.

Raffles at Galaxy Macau will be situated within a stunning architectural landmark featuring a glass airbridge that connects the two towers on every floor. Each of the 450 suites draws inspiration from a modern palazzo, with curated artworks and some featuring private pools and gardens.  Raffles at Galaxy Macau will be a spectacular addition to the Galaxy Macau, a world-class luxury integrated resort that offers an array of bespoke leisure activities, on-site entertainment and a specialty restaurant helmed by a multi-Michelin-starred Japanese chef.

Raffles London at The OWO, UK

Set in one of the most glamorous and legendary locations in London, Raffles London at The OWO will be the capital’s first Raffles property – a storied building that served as Winston Churchill’s base during the Second World War and was the birthplace of Ian Fleming’s James Bond. Many original architectural details have been preserved while also allowing room for updated design elements.  Comprising of 125 rooms and suites, 85 residences, a collection of nine restaurants and bars and an immersive spa, the hotel and residences represent an incredible opportunity for the public to experience this historic property. It is set to be completed in 2022 and will open to the public for the first time in more than a century.

Raffles Boston will be the brand’s first mixed-use North American venture, featuring both a hotel and private residences. Located in Boston’s prestigious Back Bay neighbourhood, just a block away from Copley Square, the 35-storey building will be a new landmark in Boston’s skyline, with 146 residences, 147 guest rooms, and six restaurant and bar venues, including a sky bar and speakeasy. The property will feature state-of-the-art facilities and amenities. The striking three-story sky lobby, the first of its kind in Boston, will be the centrepiece of the property, complete with a grand staircase spanning the 17th, 18th and 19th floors.

A cultural tribute to Qatar’s heritage, the Iconic Towers in Lusail, a representation of Qatar’s national seal, will be home to the new Raffles Doha. A lavishly impressive property  with 132 sophisticated suites and 49 branded apartments, the luxurious combo hotel will feature state-of-the-art entertainment and recreational facilities, boutique shopping, movie theatres, restaurants and a cigar lounge, as well as a variety of meeting spaces.

Inspired by the rich history of Saudi Arabia and Jeddah’s old town architecture, Raffles Jeddah will have 181 guestrooms – including a spectacular wedding suite and penthouse suite with in-room entertainment – and 188 branded residences.  Alongside six restaurants and lounges, there will be an extensive library, a 1,200 square metre spa with eight treatment rooms and a state-of-the-art fitness club. The hotel’s meeting facilities include a 1,500 square metre ballroom overlooking the corniche and 1,000 square metres of conference rooms.

The new flagship Raffles Moscow, located next to the Kremlin in the heart of Moscow, is expected to open in 2023 – becoming the first Raffles hotel in Russia. The landmark hotel will offer 153 exquisite rooms across nine floors with views overlooking the Kremlin and Red Square. These will include 20 two-bedroom suites, 19 junior suites and two presidential suites with private terraces. Each guestroom has breath-taking views of the city, with a select few offering access to the hotel’s courtyard terrace.

Raffles Hotels & Resorts boasts an illustrious history and some of the most prestigious hotel addresses worldwide. In 1887, Raffles Singapore set the standard for luxury hospitality, introducing the world to private butlers, the Singapore Sling and its enduring, legendary service. Today, Raffles continues this tradition in leading cities and lavish resort locales, enchanting travelers with meaningful experiences and service that is both gracious and intuitive. Connoisseurs of life choose Raffles, not merely for its aura of culture, beauty, and gentility, but for the extraordinary way they feel when in residence with Raffles. Each Raffles, be it Paris, Istanbul, Dubai, Warsaw, Jakarta or the Seychelles, serves as a venerated oasis where travelers arrive as guests, leave as friends and return as family. Raffles is part of Accor, a world leading hospitality group consisting of more than 5,100 properties and 10,000 food and beverage venues throughout 110 countries.