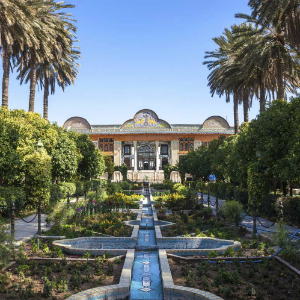 Qatar Airways to deploy Airbus A330 on its Doha-Shiraz operations

DOHA, Qatar, 2017-Oct-30 — /Travel PR News/ — Qatar Airways will upgrade its operations to the southern Iranian city of Shiraz from an Airbus A320 to an Airbus A330 on 2 November, in order to meet increasing demand from passengers. The 260-seater Airbus A330 aircraft increases capacity on this route by 81 per cent, with 464 more seats available per week for those travelling on the highly-popular Doha-Shiraz route.

Qatar Airways Group Chief Executive, His Excellency Mr. Akbar Al Baker, said: “Our Doha-Shiraz flights have performed exceptionally well since we launched the route six years ago. We have gradually increased capacity on the route by adding additional flights, and are delighted to now offer a larger aircraft with more seating capacity onboard our Airbus A330. Responding directly to increased demand clearly demonstrates our commitment to delivering five-star service to our passengers.”

Qatar Airways has been flying to Iran for 13 years, and first launched services to Tehran in 2004.  Flights to Mashhad started the following year, and Shiraz was introduced to the network in 2011.  The award-winning airline currently serves Iran with a total of 58 flights per week to and from Doha’s award-winning Hamad International Airport (HIA).

Now in its twentieth year of operations, Qatar Airways has one of the world’s youngest airlines fleets, with an average aircraft age of approximately five years. The award-winning airline has received a number of accolades this year, including ‘Airline of the Year’ by the prestigious 2017 Skytrax World Airline Awards, which was held at the Paris Air Show. This is the fourth time that Qatar Airways has been given this global recognition. Qatar’s national carrier also won a raft of other major awards at the ceremony, including ‘Best Airline in the Middle East,’ ‘World’s Best Business Class’ and ‘World’s Best First Class Airline Lounge.’

Qatar Airways will be adding many more exciting destinations to its network in 2017 and 2018, including Canberra, Australia; Chiang Mai, Thailand and St. Petersburg, Russia, to name a few.