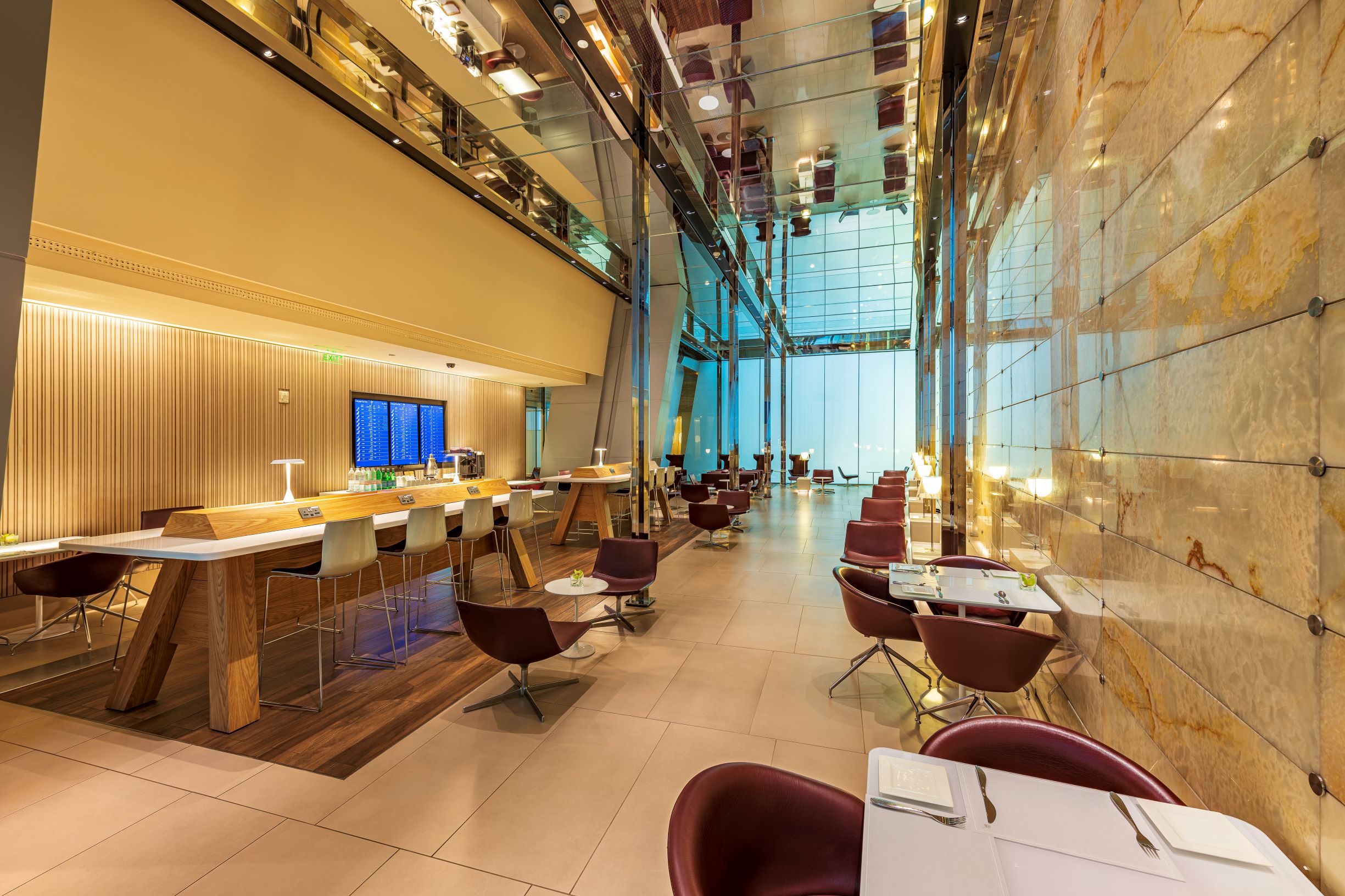 Doha, Qatar, 2020-Nov-24 — /Travel PR News/ — Qatar Airways is playing an important part in the repatriation of seafarers stranded due to the pandemic, working closely with governments and the maritime industry to operate hundreds of chartered and scheduled flights to help bring home over 150,000 workers. Understanding the difficulties and challenges many of these vital workers have faced in returning home or completing crew changes, Qatar Airways has recently established a dedicated Mariner Lounge at Hamad International Airport. Seafarers and offshore worker passengers can relax and enjoy refreshments in the exclusive Mariner Lounge while they wait for their onward flight. In addition to an international selection of food and beverages, facilities include unlimited high-speed wi-fi, shower facilities, a television area, reading materials and a Business Centre.

The combination of an extensive global network with more than 100 destinations, a selection of fuel-efficient aircraft to operate charters and the Best Airport in the Middle East has enabled the airline to quickly and seamlessly support the maritime industry to repatriate their workers and facilitate crew changes. The airline’s commitment to take people home has seen it operate charters for maritime workers to many destinations not previously served by Qatar Airways, including Abidjan, Ivory Coast; Bridgetown, Barbados; Lomé, Togo; Port of Spain, Trinidad and Tobago; and Port Moresby, Papua New Guinea.  In addition, Qatar Airways sustained operations throughout the pandemic to many important locations for seafarers, such as Amsterdam, Barcelona, Copenhagen, Jakarta, Kuala Lumpur, Oslo, Sao Paulo, Seoul and Singapore.  With the support of the maritime industry, Qatar Airways was also able to establish scheduled services to Cebu and Clark in the Philippines.

Qatar Airways Group Chief Executive, His Excellency Mr. Akbar Al Baker, said: “Qatar Airways recognises the vital role shipping plays and how seafarers are essential to keeping the global economy open and operating. As a gesture of our thanks and to show our support to the industry, we have established a dedicated Mariner Lounge at Hamad International Airport that is complimentary for all seafarers and offshore workers travelling with Qatar Airways. While waiting for their connecting flight they can relax in comfort and enjoy the wide variety of refreshments on offer.

“Throughout the pandemic, we have worked closely with governments and the maritime industry to operate as many flights as possible to facilitate crew changes and to reunite seafarers with their families and loved ones. While other airlines stopped flying, Qatar Airways pledges to remain open for business to facilitate essential business travel. With plans to further expand our network to more than 125 destinations, we will continue to work closely with all stakeholders to continue to be the airline of choice to keep seafarers and the global economy moving.”

Qatar Airways’ strategic investment in a variety of fuel-efficient, twin-engine aircraft, including the largest fleet of Airbus A350 aircraft, has enabled it to continue flying throughout this crisis and perfectly positions it to lead the sustainable recovery of international travel. The airline recently took delivery of three new state-of-the-art Airbus A350-1000 aircraft, increasing its total A350 fleet to 52 with an average age of just 2.6 years. Due to COVID-19’s impact on travel demand, the airline has grounded its fleet of Airbus A380s as it is not environmentally justifiable to operate such a large, four-engine aircraft in the current market. Qatar Airways has also recently launched a new programme that enables passengers to voluntarily offset the carbon emissions associated with their journey at the point of booking.

Qatar Airways currently operates more than 700 weekly flights to over 100 destinations across the globe. By the end of the IATA Winter Season, Qatar Airways plans to rebuild its network to 126 destinations including 20 in Africa, 11 in the Americas, 42 in Asia-Pacific, 38 in Europe and 15 in the Middle East. Many cities will be served with a strong schedule with daily or more frequencies.

A multiple award-winning airline, Qatar Airways was named ‘World’s Best Airline’ by the 2019 World Airline Awards, managed by Skytrax. It was also named ‘Best Airline in the Middle East’, ‘World’s Best Business Class’, and ‘Best Business Class Seat’, in recognition of its ground-breaking Business Class experience, Qsuite. The Qsuite seat layout is a 1-2-1 configuration, providing passengers with the most spacious, fully private, comfortable and socially distanced Business Class product in the sky. It is the only airline to have been awarded the coveted ‘Skytrax Airline of the Year’ title, which is recognised as the pinnacle of excellence in the airline industry, five times.