Nagpur is third largest city in the Indian state of Maharashtra and is a major trade and business center. The city has been identified as one of the flagship smart metropolises by the Government of India, with a special economic zone, multi-modal international cargo hub and a new airport in the pipeline.

Qatar Airways will operate an A320 daily between Doha and Nagpur with an average flight time of just over four hours. The aircraft will feature 144 seats in a two-class configuration of 12 seats in Business Class and 132 seats in Economy.

Group Chief Executive of Qatar Airways, His Excellency Mr. Akbar Al Baker, said: “We are delighted to add Nagpur as Qatar Airways’ 13th destination in India. The additional service is evidence of the growing demand in the Indian market and further strengthens our commitment and focus in the region. Qatar Airways is proud of the fact that we serve more destinations in India than any other country in our network. Leisure and business travellers from Nagpur can now experience enhanced connectivity to more than 150 international destinations through seamless connections via Doha’s Hamad International Airport. We look forward to welcoming new passengers on-board our award-winning product, and to connect Nagpur to the rest of our rapidly expanding network.”

Since the beginning of the year, Qatar Airways has begun services to Amsterdam (The Netherlands), Zanzibar (Tanzania), Abha (Saudi Arabia), and Faisalabad, Sialkot and Multan in Pakistan. In the pipeline before the end of this year is Durban (South Africa).

The airline’s network growth will be further boosted next year with the introduction of three new U.S. destinations, Los Angeles, Boston and Atlanta, two new Australian destinations, Sydney and Adelaide and also Birmingham in the U.K.

Notes to Editors:
Qatar Airways, the national carrier of the State of Qatar, is one of the fastest growing airlines operating one of the youngest fleets in the world. Now in its 18th year of operations, Qatar Airways has a modern fleet of 173 aircraft flying to 153 key business and leisure destinations across six continents. Qatar Airways won Airline of the Year, Best Business Class Airline Seat and Best Airline in the Middle East at the 2015 Skytrax Awards. This is the third time the airline won the accolade of Airline of the Year.

This year, Qatar Airways launched Oryx One, an enhanced interface for its inflight entertainment system, increasing the number of movies and TV shows on board from 950 to up to 2,000. Passengers flying on Qatar Airways flights served by its B787, A350, A380, A319 and select A330 aircraft can also stay in touch with their friends and family around the world by using the five-star airline’s on-board Wifi and GSM service. 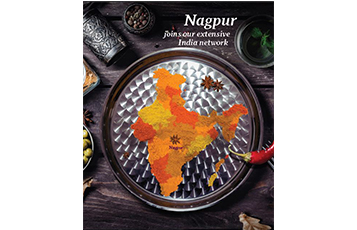