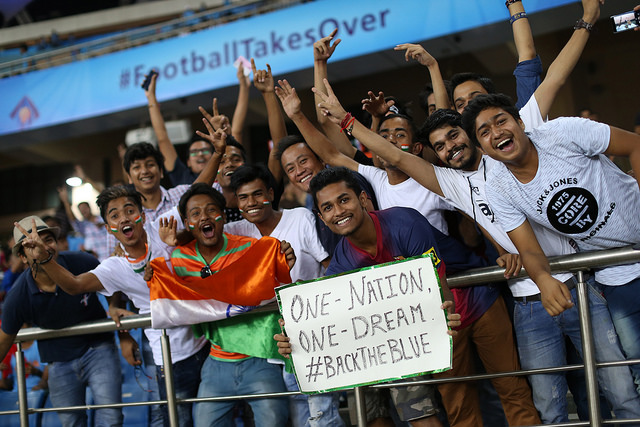 DOHA, Qatar, 2017-Oct-20 — /Travel PR News/ — The FIFA U-17 World Cup India 2017 football tournament has got underway with Qatar Airways as the Official Airline Partner of the illustrious tournament.

All eyes will be on India as 24 national teams take part in the global football competition. The participating teams come from every corner in the world: Europe, the Middle East, the Far East, North America, South America, Central America, the Caribbean, the South Pacific and South East Asia.

The FIFA U-17 World Cup is the first-ever FIFA tournament to take place in India. The competition itself is being held for the 17th time, with the first taking place in China in 1985; the most recent saw Chile playing host to competitors in 2015.

Qatar Airways Group Chief Executive, His Excellency Mr. Akbar Al Baker, said: “We are delighted to be the Official Airline Partner for the FIFA U-17 World Cup India 2017. As a nation, we place great importance on sports as a means of bringing people together and this fantastic tournament will give all the under 17s taking part an amazing opportunity to shine and show off their football skills.

“Our FIFA sponsorship and support for this wonderful tournament allow us to help nurture and develop the football stars of the future. We wish everyone taking part in the competition great success, and will play our part by flying our customers in five-star style to various destinations around India to watch and support their teams to help them on to even greater success.”

The tournament will see teams competing against each other in Mumbai, Delhi, Goa, Kochi, Kolkata and Guwahati. The finals will take place before enthusiastic crowds at the Vivekananda Yuba Bharati Krirangan stadium in Kolkata. The enormous stadium is one of India’s biggest and can hold a capacity crowd of up to 66,600 football fans.

As an Official Partner of FIFA, Qatar Airways will have extensive marketing and branding rights at the next two FIFA World Cups, with an expected audience reach of billions of people per tournament. The airline will also have visibility at competitions such as the FIFA U-20 World Cup, the FIFA Futsal World Cup and the FIFA Interactive World Cup, the world’s largest online gaming tournament.

As well as being voted Skytrax Best Airline by travellers from around the world, Qatar’s national flag carrier also won a raft of other major awards at this year’s ceremony, including Best Airline in the Middle East, World’s Best Business Class and World’s Best First Class Airline Lounge.

Qatar Airways operates a modern fleet of more than 200 aircraft to a network of more than 150 key business and leisure destinations across Europe, the Middle East, Africa, Asia Pacific, North America and South America. The airline is launching a host of exciting new destinations planned for the remainder of this year and 2018, including Canberra, Australia; Chiang Mai, Thailand and Cardiff, U.K, to name just a few.