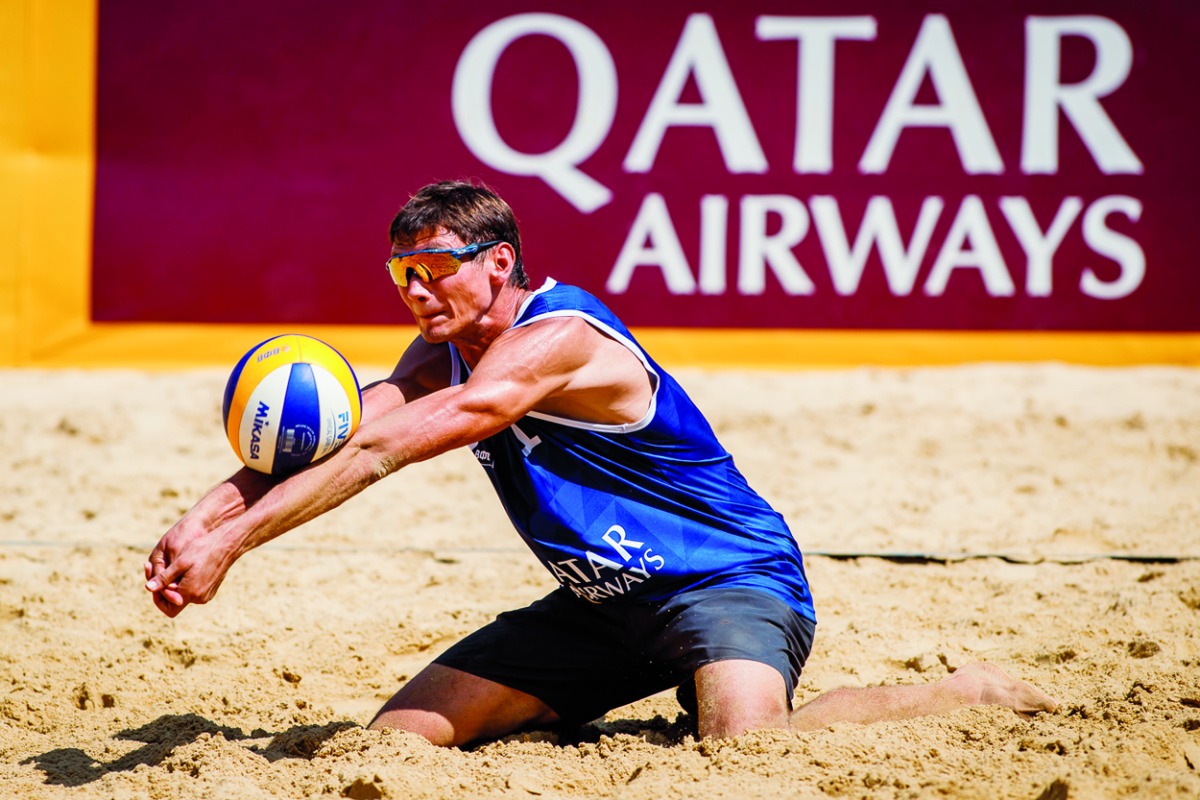 DOHA, Qatar, 2021-Nov-09 — /Travel PR News/ — Qatar Airways expands its diverse sporting sponsorship portfolio with the exciting addition of the Volleyball Federation of Russia (VFR) in a two-year sponsorship deal as Official Airline Partner. The agreement will see the VFR become the first Russian sports federation to enter a partnership with the World’s Best Airline, ensuring the Qatar Airways logo is displayed on all regional and international tournament uniforms, as well as across all courtside spaces.

The VFR has a number of indoor and beach volleyball tournaments lined up for both the Men and Women’s categories in 2021/22. All matches in 2021 will be played in Anapa; one of Russia’s most popular resorts, and home to a world-class sports and health complex – Volley Grade.

Qatar Airways Group Chief Executive H.E. Mr. Akbar Al Baker, said: “We look forward to investing in the progress of this increasingly popular sport and amplify our visibility in the Russian market to cement our ever-growing Qatar-Russia ties. The Volleyball Federation of Russia actively hosts a number of international and regional volleyball events, which Qatar Airways is excited to play a part in. We are confident that this partnership will be a welcome addition to our extensive partnership portfolio and support our vision of bringing people together through the power of sports.”

Volleyball Federation Russia President Stranislav Shevchenko, said: “VFR will be the first Russian sports federation to sign a sponsorship agreement with Qatar Airways, and we thank our partner for their trust. We will do our best to make our relationship as effective as possible.”

The partnership with VFR coincides with the airline moving its services to Moscow’s Sheremetyevo International Airport (SVO), and the introduction of the famous Qsuite on the route. The daily service will be operated by the airline’s modern Boeing 777-300 featuring 42 seats in Business Class and 312 seats in Economy Class.

You may also be interested in:  Blue Islands flights now available until March 2022

Qatar Airways first began its operations to the capital of Russia back in 2003 and currently celebrates over 17 years of direct flights to Moscow. In 2017, the airline further demonstrated its commitment to Russia by adding direct flights to the cultural capital – St. Petersburg.

While upholding the world’s highest standards in safety and hygiene, the airline in partnership with Discover Qatar provides its passengers with travel packages consisting of up to a 4 night stay in Doha – Qatar, the Middle East’s emerging leisure destination. The packages allow vaccinated travellers to purchase the World’s Best Value Stopover, for a chance to experience the country’s renowned hospitality starting at 14 USD per person per night, before continuing on to their final destination from the World’s Best Airport, Hamad International Airport (HIA).

The airline sponsored the 2021 Concacaf Gold Cup and the UEFA Euro 2020™, and has an extensive global sports partnership portfolio that includes football-governing bodies such as FIFA, CONCACAF and CONMEBOL. As FIFA’s Official Partner, Qatar Airways has sponsored mega events including the 2019 and 2020 editions of the FIFA Club World Cup™, and will sponsor the FIFA World Cup Qatar 2022™. Qatar Airways also sponsors some of the world’s biggest football clubs including Al Sadd SC, Boca Juniors, FC Bayern München, K.A.S. Eupen, and Paris Saint-Germain.

The national carrier of the State of Qatar continues to rebuild its network, which currently stands at over 140 destinations. With more frequencies being added to key hubs, Qatar Airways offers unrivalled connectivity to passengers, making it easy for them to connect to a destination of their choice, seamlessly.

You may also be interested in:  Qatar Airways to kick off ‘The Journey Tour’ featuring interactive experiences for FIFA World Cup Qatar 2022™ fans

In addition to this, Qatar Airways is the first global airline in the world to achieve the prestigious 5-Star COVID-19 Airline Safety Rating by Skytrax. This follows the success of Hamad International Airport (HIA) as the first airport in the Middle East and Asia to be awarded a Skytrax 5-Star COVID-19 Airport Safety Rating. These awards provide assurance to passengers around the world that the airline’s health and safety standards are subject to the highest possible standards of professional, independent scrutiny and assessment. For full details of all the measures that have been implemented on board and at HIA, please visit qatarairways.com/safety.

You may also be interested in:  Qatar Airways celebrates sports during Qatar’s National Sports Day