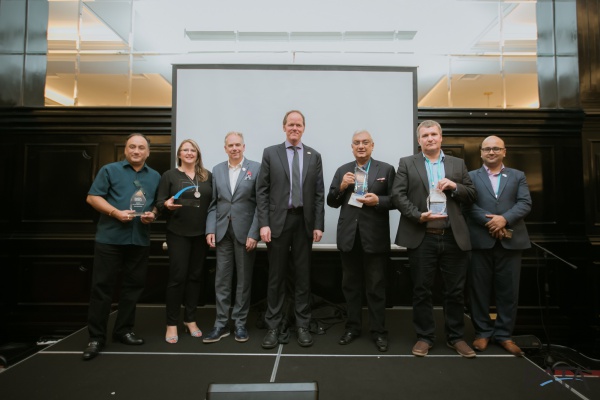 PATA CEO Dr. Mario Hardy said, “The PATA Chapter and Student Chapters, through their grassroots activism and activities, play an integral part in fulfilling the objectives of the Association. These awards highlight their voluntary efforts in supporting the Association’s values in working towards the responsible development of the travel and tourism industry.”

During the evening, PATA presented the 2018 Spirit of PATA Award to Mr. Chris Crampton, Chairman of the PATA UK & Ireland Chapter, who received the award on behalf of the Chapter. The Spirit of PATA Award is given to the Chapter that best illustrates the aims and objectives of PATA consistently and progressively over a number of years.

Founded in 1951, PATA is a not-for-profit membership association that acts as a catalyst for the responsible development of travel and tourism to, from and within the Asia Pacific region. The Association provides aligned advocacy, insightful research and innovative events to its member organisations, comprising 98 government, state and city tourism bodies, 19 international airlines and airports, 91 hospitality organisations and 70 educational institutions, as well as over a hundred young tourism professional (YTP) members across the world. The PATA network also embraces the grassroots activism our 36 Chapters and 20 Student Chapters across the world. Thousands of travel professionals belong to the 36 local PATA chapters worldwide, while hundreds of students are members of the 20 PATA student chapters globally. The chapters and student chapters organise travel industry training and business development events. Their grassroots activism underpins PATA’s membership in Uniting Travel, a coalition of the world’s major Travel & Tourism organisations dedicated to ensuring that the sector speaks with one voice and acts in unison on the major issues and includes ACI, CLIA, IATA, ICAO, WEF, UNWTO and the WTTC. The PATAmPOWER platform delivers unrivalled data, forecasts and insights from the PATA Strategic Intelligence Centre to members’ desktops and mobile devices anywhere in the world. PATA’s Head Office has been in Bangkok since 1998. The Association also has official offices or representation in Beijing and London. Visit www.PATA.org.