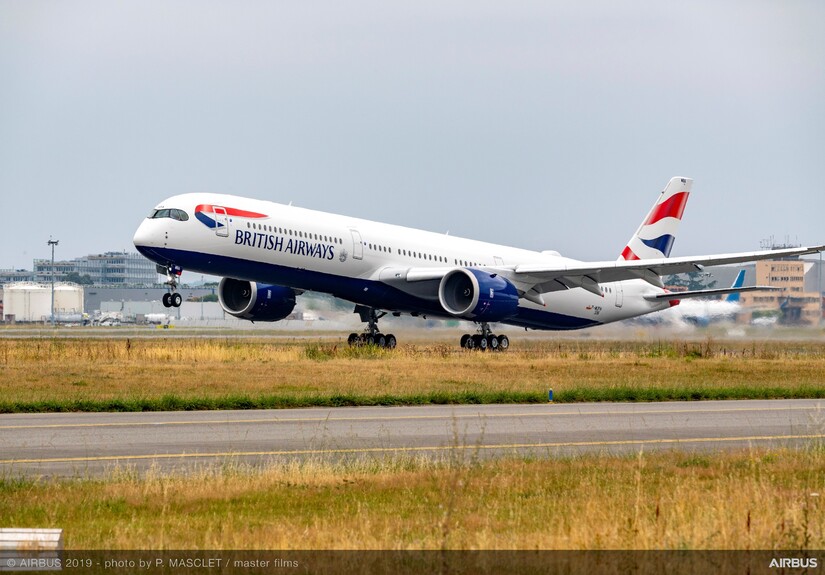 London, UK, 2021-May-21 — /Travel PR News/ — The results of a joint testing trial conducted by American Airlines, British Airways and the oneworld Alliance shows that a comprehensive Covid-19 testing programme can help re-open international travel, safely. This is underpinned by analysis from researchers at the University of Oxford, who studied data on how passengers evaluate risk and comply with Covid-19 rules.

The study by the Oxford Internet Institute (OII), ‘Trust, Testing and Travel, Technology Use, Traveller Knowledge and Compliance with COVID-19 Health Rules’, analysed aggregated survey data from almost 600 travellers who took part in the voluntary testing trial on select flights from the U.S. to London Heathrow (LHR), between November 2020 and March 2021. The trial offered three complimentary COVID-19 tests, taken throughout the transatlantic journey.

Customers participating in the trial, conducted in two phases, took an initial PCR test at 72 hours prior to departure; a second test (LAMP) upon arrival at London Heathrow (LHR); and a third test (PCR) taken three to five days after arrival in the UK.

The analysis by researchers at the Oxford Internet Institute suggests that the testing trial results were “broadly consistent” with earlier testing trial programmes in the aviation industry.

Importantly, 99.7% of travellers said they were happy to adhere to COVID-19 testing requirements as an alternative to quarantine after international travel and are prepared to pay for affordable testing.

Findings of the Oxford study will be shared with governments and stakeholders, in an important addition to the growing body of knowledge that shows how comprehensive COVID-19 testing can provide governments the confidence they need to lift entry restrictions and allow travel to safely resume.

Prof Philip Howard, Professor of Internet Studies at Oxford Internet Institute, University of Oxford, said: “As many countries make progress on vaccinating their citizens the debate over reopening travel safely is becoming increasingly important. I’m pleased our team has been able to make a contribution to this discussion through this detailed analysis of passenger sentiment and behaviour.”

In a joint statement on the Oxford findings, American Airlines, British Airways and oneworld said: “The Oxford study further reinforces that customers are willing to undergo COVID-19 testing as an alternative to quarantine. The trial findings underline the important role that testing can play in the safe reopening of international travel, including hugely significant routes between the U.S. and UK. The affordability of testing is crucial for travellers, and we stand ready to partner with governments and the private sector to offer affordable testing options for our customers who would like or need to travel again.”

The optional trial was available to eligible customers travelling on select flights operated by American Airlines and British Airways from the U.S. to London Heathrow (LHR), between November 2020 and March 2021. To ensure a wide-ranging set of findings, the trial was offered on select flights departing from eight U.S. gateways to LHR, including: Boston (BOS), Charlotte (CLT), Chicago (ORD), Dallas/ Fort Worth (DFW), Los Angeles (LAX), Miami (MIA), New York (JFK) and Washington (IAD). Each customer participating in the trial took an initial PCR test at 72 hours prior to departure; a second test (LAMP) upon arrival at LHR; and a third test (PCR) taken three to five days after arrival in the UK

About the participating organisations

American’s purpose is to care for people on life’s journey. Shares of American Airlines Group Inc. trade on Nasdaq under the ticker symbol AAL and the company’s stock is included in the S&P 500. Learn more about what’s happening at American by visiting news.aa.com and connect with American on Twitter @AmericanAir and at Facebook.com/AmericanAirlines

British Airways is a founding member of the airline alliance oneworld.

It is the UK’s largest international airline. Its principal place of business is London, with a significant presence at Heathrow Terminal 5, which is regularly voted the world’s best airport terminal in international passenger surveys.

British Airways normally operates one of the most extensive international route networks. Over the last few years, the airline has been investing in new aircraft, new cabins, new lounges, new food and new technology.