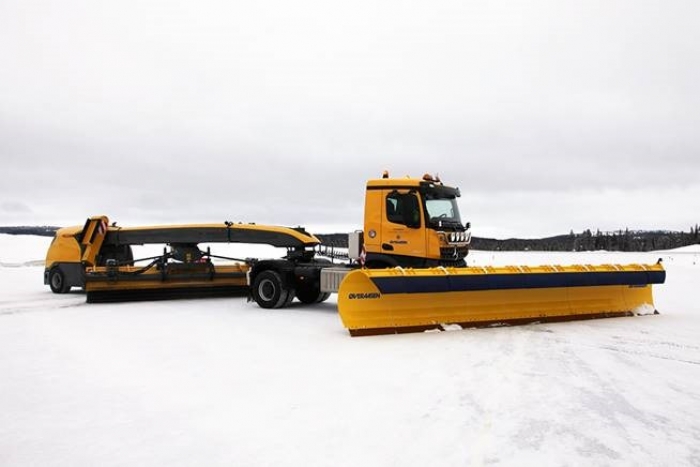 Queenstown, New Zealand, 2017-May-24 — /Travel PR News/ — None of our team are shy of getting on a shovel on snow days and we have plenty of weapons in our arsenal to proactively and reactively keep the runway clear and the terminal operational.

New this year is a runway sweeper which is arriving from Norway in early June and is designed to clear 230,00sqm of surface area per hour (our runway is 85,000sqm).  The blade on the front will clear snow to the side and the sweeper on the back will clean the runway.  Then Helga, our monster snowblower which is capable of shifting 2,700 tonnes of snow per hour, will follow and disperse the pile of snow.

We also have a new vehicle which will allow airlines to de-ice their aircraft at the gate rather than being towed to the taxiway area.