Oslo Airport offers more and more direct flights to destinations on other continents.

Oslo, Norway, 2013-11-11 — /travelprnews.com/ — Ever since Oslo Airport (OSL) opened in 1998, increasing the number of intercontinental flights to and from the airport has been a priority. By ‘intercontinental flights’ we mean those that last more than six hours and serve destinations outside the European continent. Now, after the airport turned 15, you can fly direct from OSL to the United States to the west, Asia to the east or the United Arab Emirates and Qatar to the south.

The main reason OSL has actively encouraged more intercontinental routes is first and foremost because there is a market for them. Business in Norway is more international than ever and Norwegians travel more and more,” says Knut Stabæk, manager of traffic development for the airport.

On top of that, Norway has some of the world’s best tourist attractions to draw visitors. When you combine those facts with such new, more efficient aircraft as the Dreamliner and A350, it becomes easier to open routes to and from OSL that serve traditionally smaller markets,” Stabæk says.

This article was first published in the 360 Magazine, Oslo Airport’s own airport magazine. Pick up your free copy of the magazine at Oslo Airport.

* Depending on season – check with your charter provider.
** 50 minute stopover at Gran Canaria. 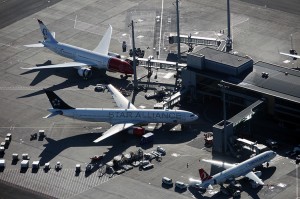