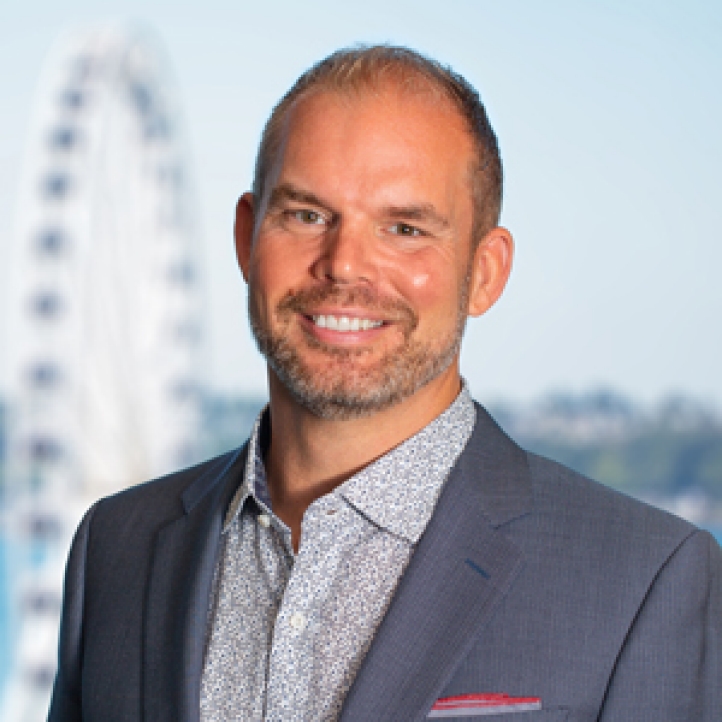 While General Manager duties entail managing the overall strategic business operations of the Hotel, Goldfinch Tavern (an Ethan Stowell Restaurant), and The Spa at Four Seasons Hotel Seattle, Hinsch also looks forward to being an ambassador of the city to guests of the Hotel.

“Four Seasons Hotel Seattle is constantly recognised by guests and industry awards as one of the best for its warm service, ideal location and contemporary Pacific Northwest-inspired design,” says Hinsch. “It all starts with our people, and I’m excited to help them flourish further and guide them in developing their skills, which in turn leads to exceeding expectations for our guests.”

A veteran Four Seasons leader, Hinsch is often described as having a big heart and a high level of attention to detail.

“The unexpected little touches that show our guest that we know who they are and why they are here are what matter more,” said Hinsch. “While the Four Seasons experience may look different in this new environment, the intuitive service that we deliver in a meaningful and safe way has not gone away and is what distinguishes ourselves from others.”

Born in Sao Paulo, Brazil and raised in Hamburg, Germany, Hinsch became involved in hospitality from a young age. While in his teens at various hospitality and food and beverage internships, he formalised his path with a Bachelor’s Degree in Hotel and Restaurant Administration from Hamburger Hotel Berufsschule.

Hinsch’s journey with Four Seasons began in 2001 at The Pierre Hotel in New York, formerly a Four Seasons property, as Assistant Food and Beverage Manager.

“I remember applying for the position in New York and not knowing much about Four Seasons as a brand as they didn’t have a big footprint in Germany,” recalls Hinsch. From there, his journey took him across the globe to Four Seasons Hotel Sydney, Australia, before returning to the US at Four Seasons Resort Jackson Hole and Four Seasons Hotel Houston.

While crossing a much smaller body of water, Hinsch’s first stop in Hawaii was when he joined the team at Four Seasons Resort Hualalai as Director of Food and Beverage, followed by a promotion to Hotel Manager at The Ritz Carlton Hotel Chicago (formerly a Four Seasons hotel), and later Four Seasons Hotel Los Angeles at Beverly Hills under the same position.

Most recently, Hinsch was the Resort Manager for Four Seasons Resort Hualalai, a position he held since 2017. In 2020, he led the team as acting General Manager and through a USD 120 million dollar renovation of the property.

As Hinsch travelled the globe with Four Seasons, he always found a way to connect with the city and its people and culture. In Seattle, he looks forward to immersing himself in all the different neighbourhoods.

“After exploring downtown Seattle, I would highly recommend our guests to venture to Ballard, Wallingford, Green Lake and Fremont, and through Capitol Hill, Magnolia, Madison Park, West Seattle and Georgetown, and all the nooks in between,” says Hinsch. “Seattle and its neighbourhoods have everything I love: connection to water and mountains, arts and culture, a fantastic food and beverage scene, and engaging sports teams.”

For more information about Seattle, the luxury hotel, urban Spa or Goldfinch Tavern call 206 749 7000 or visit the Hotel online.