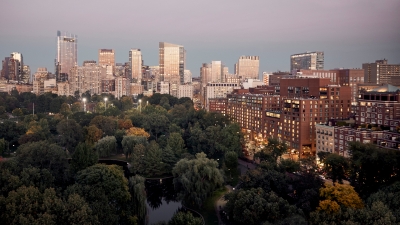 As New England’s most quintessential luxury hotel, Four Seasons Hotel Boston is an intimate urban oasis on the Public Garden, where guests can truly embrace the rich history of the city and the timeless appeal of an iconic property.

“This recognition is so much more than an award for the Hotel,” says Four Seasons Hotel Boston Hotel Manager Christopher Werth. “It offers such well-deserved recognition for our team, who share their genuinely gracious and inviting energy with our guests each and every day. I applaud their tireless dedication to extraordinary service, and share in their belief that every moment with our guests is an opportunity to create lasting memories.”

“We are delighted to celebrate the 2019 Star Rating winners, an outstanding collection of hotels, restaurants and spas that demonstrates a strong culture of service,” said Filip Boyen, Chief Executive Officer of Forbes Travel Guide.

About the Forbes Five Star Rating

For a detailed explanation of how Forbes Travel Guide compiles its Star ratings, click here.