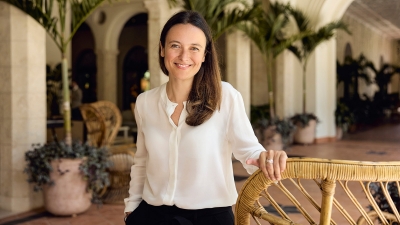 Surfside, Florida, U.S.A., 2021-Sep-15 — /Travel PR News/ — Four Seasons Hotel and Residences at The Surf Club, a luxury oasis within a storied landmark, introduces Daniela Trovato as General Manager, bringing with her 15 years of Four Seasons experience and la dolce vita energy from her hometown and career journey in Italy.

“As a General Manager, I get to talk to our guests, residents and locals: find out who they are, where they’ve travelled or why they’ve chosen to call this home, what they like,” says Trovato. “It’s the most authentic way to stay on top of what’s going on and what people are seeking from their moments with us.”

From the moment it first opened its doors on New Year’s Eve 1930, The Surf Club in Miami has hosted history. The Surf Club of today comprises a social club, a Four Seasons Hotel and Private Residences, Lido Restaurant, The Champagne Bar, an acclaimed Spa, pool and beach experiences, and two boutiques, all spread over three buildings on nine acres (3.6 hectares) of pristine beachfront in the northern beaches of Miami.

“From the moment I arrived here, I was captivated by the beauty and narrative of The Surf Club, and the opportunity to be part of a place so rare and inspiring,” says Trovato. She is keen to respect the strong heritage at the heart of The Surf Club, allowing its unique spirit to flourish through ownable new experiences while ensuring the quality of service The Surf Club and Four Seasons is known for.

Trovato sets herself a goal of “always giving 110 percent” and surpassing even the highest of standards. It’s not enough to be merely successful: “Expectations change, so we’re constantly designing new experiences and creating loyalty. The way to do that is through our people,” says Trovato.

The Surf Club draws guests from all over the world seeking the same sense of imagination and possibility that first attracted its members and visitors. “The team here welcomes them warmly and everyone is essentially a guest relations expert, always ready to provide an exceptional experience from the simple to the extraordinary. It just comes naturally to them,” says Trovato.

Born and raised north of Venice, Italy, Trovato followed her parents into hospitality, a path that would remain steadfast as she achieved a bachelor’s degree in Hospitality Management from Oxford Brookes University in England. In her time away from work, she loves spending time with her wife Kristen, seven-year-old son Eric, and enjoying the beautiful South Florida outdoors with fitness activities including tennis.