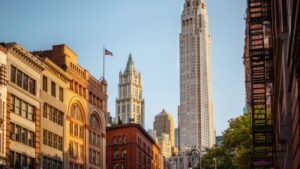 “Despite the uncertainty of the past year, our focus on creating exceptional experiences of the highest quality through our hotels and resorts, combined with our dedication to service excellence, has never been greater,” says Christian Clerc, President, Global Operations, Four Seasons Hotels and Resorts. “From opening unrivaled new properties to enhancing our iconic existing portfolio, we continue to strive for excellence in everything we do, building upon the trust and confidence that we have established with our guests, residents and employees.”

Clerc continues: “Most importantly, I am tremendously proud of our employees around the globe, without whom this achievement would not be possible. In the face of unprecedented challenges, our teams came together, delivered outstanding results, and above all took care of our guests, residents and each other through our Lead With Care health and safety program. I’d also like to extend a heartfelt congratulations to all of our property teams and individual winners who have been recognised by the Forbes Travel Guide this year for their contribution to the hospitality industry.”

This year, Forbes Travel Guide introduced several new categories, celebrating the achievements of hotel employees around the world. Najla Ceman, Lead Spa Therapist at Four Seasons Hotel New York Downtown was named the Spa Employee of the Year, while Heriberto “Beto” Oses, Health and Wellness Ambassador at Four Seasons Resort Costa Rica at Peninsula Papagayo was a finalist in the category. In addition, Four Seasons Hotel at The Surf Club and Four Seasons Resort Palm Beach were both named finalists for the People First Star of the Year award, which celebrates property teams who demonstrated an exceptional commitment to people and culture this past year. Meanwhile, Four Seasons Resort Orlando at Walt Disney World Resort was named a finalist for Hotel Instagram of the Year.

In addition to the property teams awarded in 2021, the 46 Four Seasons properties that received a Five-Star Rating are:

The 13 Four Seasons spas that that received a Five-Star Rating are:

The two Four Seasons restaurants that received a Five-Star Rating are:

All Four Seasons hotels, resorts and residences globally have introduced Lead With Care, an enhanced global health and safety program focused on providing care, confidence and comfort to all Four Seasons guests, employees and residents within the new COVID-19 environment. In addition, Four Seasons continues to invest in its award-winning App and Chat that further allows guests to control how they engage with others – limiting face-to-face interactions while maintaining the highest levels of personal service.

Star ratings are awarded by a team of anonymous professional inspectors who travel the world to assess hotels, restaurants and spas based on 900 objective standards. Star ratings ultimately emphasise quality of service. Five-Star properties are defined as “outstanding, often iconic properties with virtually flawless service and amazing facilities.” Forbes Travel Guide rates properties in 73 countries throughout the world.

Forbes Travel Guide is the only global rating system for luxury hotels, restaurants and spas. Anonymous professional inspectors evaluate based on up to 900 objective standards, with an emphasis on exceptional service, to help discerning travellers select the world’s best luxury experiences. The only way to get a Five-Star, Four-Star or Recommended rating is by earning it through this independent inspection process.