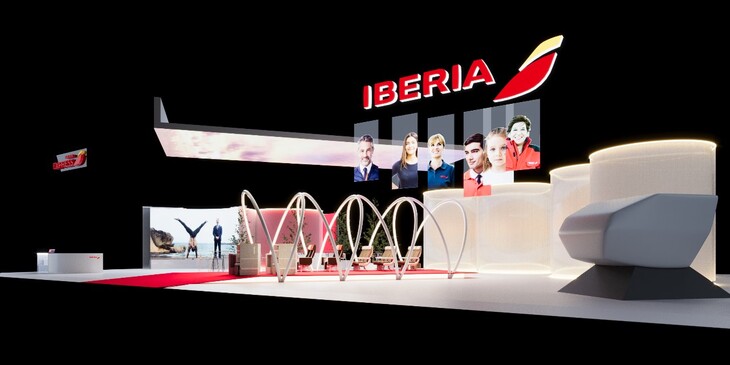 Madrid, Spain, 2023-Jan-17 — /Travel PR News/ — Iberia will showcase at FITUR some of the main novelties that its customers will be able to enjoy this year. The airline’s 600m2 stand will offer large-scale experiences to its visitors and will also include a meeting space in which several agreements, mostly with Latin America, will be signed.

Greater comfort, privacy and space in the new A350 aircraft

A large part of the stand will be dedicated to this new aircraft model. Iberia was the first airline to take delivery of A350 aircraft with the new Airbus standard. These are next-generation planes, equipped with the latest technology and designed to fly with maximum efficiency. They boast operational improvements at low speed, and the empty weight of the aircraft has been reduced by one tonne, which, along with the fact that they are built with the most sustainable materials on the market and equipped with Rolls-Royce Trent XWB engines, reduces consumption and emissions by 35%. These aircraft offer passengers more space and privacy in all classes – Economy, Premium Economy, and Business -as well as state-of-the-art connectivity, on-board entertainment, and new lighting environments. A set of improvements will allow passengers to enjoy their flights even more.

You may also be interested in:  UNWTO announces launch of the first Global Youth Tourism Summit

Visitors to FITUR will be able to try out the new seats in a space that simulates the airplane cabin, enjoy a snack that showcases some of the new meal options and see first-hand the latest in-flight entertainment, which incorporates the latest Panasonic technology, a more interactive and intuitive design, screens with 4K resolution, which are now larger in Economy Premium and Economy cabins , and Bluetooth pairing of wireless headphones.

Get behind the controls of an airplane

The stand will have a flight simulation cabin in which anyone who wishes can take control of a virtual plane for a few minutes. With the help of a professional they will have the opportunity to experience the sensation of piloting an aircraft.

The stand will also include several meeting rooms, a café, and a merchandising area.

A firm commitment to sustainability and positive social impact

Sustainability is one of the pillars of Iberia as evidenced by the fact that the airline’s stand, for the fourth consecutive year, is made of sustainable materials, including recycled fabrics and living plants.

In addition, in this edition Iberia wants to highlight its positive social impact. The personal stories of an organ transplant recipient, a refugee, and a tourist will exemplify how the activity of the Iberia Group contributes to the social well-being, the generation of wealth and employment, and maintaining the connectivity of Spain and its residents with the rest of the world.

Iberia is the leader in connectivity with Latin America, a region that is once again one of the airline’s top commitments in 2023. With 18 destinations in 16 countries and around 260 weekly flights, at FITUR the airline will further reinforce the ties with this region, which lies at the heart of its corporate strategy.

With this in mind, Iberia will hold meetings with more than a dozen Latin American countries, such as Peru, Costa Rica, Colombia, Argentina, the Dominican Republic, Panama, Uruguay, Chile, and Mexico. It will also sign several agreements with the region, including an agreement with Guatemala, the guest country at this edition of FITUR, which will be signed by the president of the country, Alejandro Giammattel, and Iberia´s CEO, Javier Sánchez-Prieto.

Like every year, the Iberia stand can be found in Hall 10, stand C-02, North entrance.