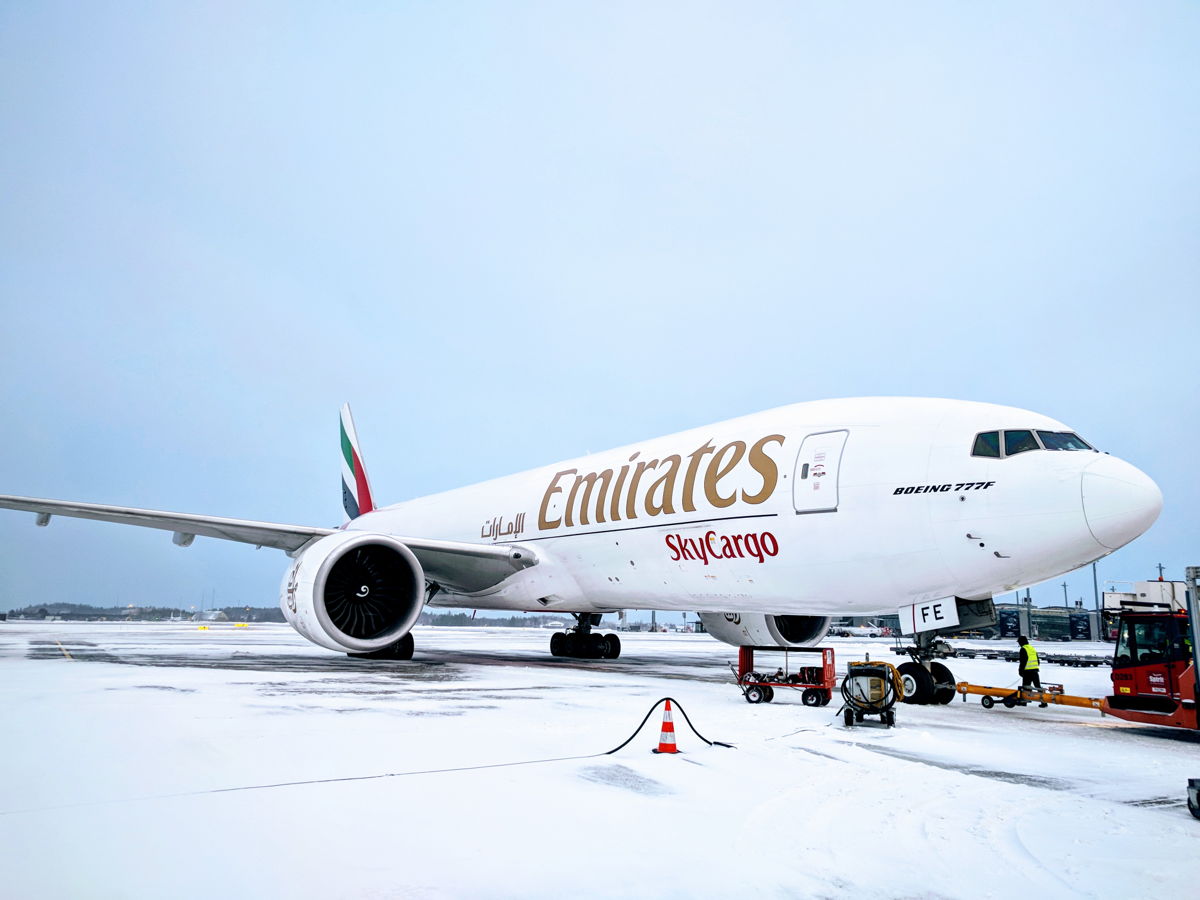 Facilitates transport of key exports and trade goods from salmon to horses, pharmaceuticals to machinery

Dubai, UAE, 2018-Oct-13 — /Travel PR News/ — Emirates SkyCargo, the freight division of Emirates, has completed two years of operating its Boeing 777 freighter aircraft to Oslo. The air cargo carrier operates a weekly freighter service to the Norwegian capital offering close to 100 tonnes of cargo capacity per flight, facilitating international trade between Norway and the rest of the world. In addition to its weekly freighter service, Emirates SkyCargo also transports cargo on its daily passenger services to and from Oslo.

Norway is one of the world’s largest exporters of seafood and exports of Norwegian salmon were valued at around US$ 4 billion for the first six months of 2018*. Over the last two years, Emirates SkyCargo has helped transport close to 35,000 tonnes of Norwegian salmon from Oslo to a number of important export markets in the Middle East and East Asia.

Through Emirates Fresh, the carrier’s portfolio of transportation solutions for perishables, seafood exports arriving on the freighter from Oslo are rapidly transported through an unbroken cool chain at Emirates SkyCargo’s Dubai hub onto further flights on passenger and freighter aircraft. Emirates SkyCargo’s wide network spread of over 160 destinations and frequency of flights from Dubai ensures that Norwegian salmon retain their freshness and reach their destinations in the quickest possible time.

In addition to salmon, Emirates SkyCargo’s freighter service also helps transport considerable volumes of other cargo. Over more than 100 scheduled freighter flights since October 2016, large items including aircraft engines, ship propellers weighing more than 10 tonnes apiece and other outsized spare parts for the marine industry have been carried by the carrier’s Boeing 777 freighter aircraft to and from Oslo. In December 2017, Emirates SkyCargo’s freighter aircraft also carried thoroughbred horses from Oslo to Dubai for the Dubai racing season. The Oslo freighter service frequently carries pharmaceuticals and other general cargo.

Emirates SkyCargo offers main deck cargo capacity on a fleet of 14 freighter aircraft – 13 Boeing 777Fs and one Boeing 747F. The carrier operates scheduled freighter services to close to 40 global destinations on a weekly basis. In addition, Emirates SkyCargo also operates charter flights on an ad hoc basis based on customer demand. In 2017, more than 360 charter flights were operated over and above regular scheduled services. Emirates SkyCargo is the world’s largest international cargo airline and in the financial year 2017-18, carried over 2.6 million tonnes of cargo across six continents.

*according to data published by the Norwegian Seafood Council

Emirates SkyCargo is the largest international airline cargo operator in the world. With an unrivalled route network, we connect cargo customers to over 160 cities across six continents and operate in many of the world’s fastest developing markets. Our cargo hold capacity comprises Emirates’ fleet of over 265 aircraft, including 14 freighters – 13 Boeing 777-Fs and one B747F.

Emirates SkyCargo operates state-of-the-art cargo facilities at its dual hub locations in Dubai International Airport (DXB) and Dubai World Central (DWC) with cargo being moved 24/7 by truck between the two airports via a bonded virtual corridor.

Visit www.emiratescargohub.com for the latest news and insights from the global air cargo and logistics industries.