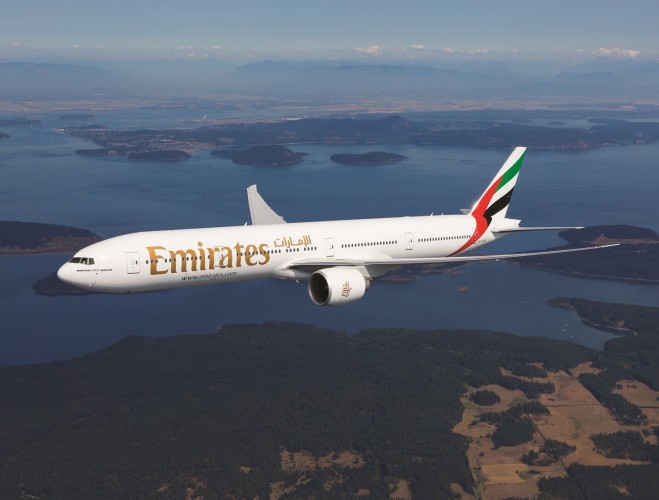 Emirates’ flight to Penang will be a linked service with Singapore, allowing passengers to travel easily between the two cities while enjoying the airline’s award-winning service.

Penang will become Emirates’ second destination in Malaysia after its capital, Kuala Lumpur, which the airline currently serves with three flights a day and is a route that has been operating since 1996. The flight will be operated by an Emirates Boeing 777-300ER aircraft in a three-class configuration, offering eight private suites in First Class, 42 lie flat seats in Business Class and 304 spacious seats in Economy Class.

The new route enables travellers from the Northern cities of Malaysia to enjoy convenient onward connections from Dubai to destinations in Europe, North America and the Middle East. The flights will operate with timings as follows (all times are local):

Located on the North-western coast of Malaysia, the state comprises a mainland portion as well as an island, connected by Malaysia’s two longest roadbridges. Penang is the country’s second largest populated city and is known for its rich heritage and architecture, vibrant multicultural society, modern entertainment and retail options, cuisine as well as the natural beauty of its beaches and hills. The city is home to a UNESCO World Heritage Site and a variety of tourist attractions. Besides its appeal to tourists, Penang is also considered to be an economic powerhouse in Malaysia, being an important trade and industrial city and attracting business travellers from around the globe.

“Penang is a major centre for tourism, business travel, as well as medical tourism and the increased levels of inbound travel is consistent with the growth in numbers of visitors to the country. We have been serving Malaysia through our flights to Kuala Lumpur for more than 20 years, with three-times daily service, and the introduction of flights to Penang will help us meet growing demand from leisure and business travellers, both to and from Malaysia. We are also pleased that the fifth freedom flights between Penang and Singapore will connect two sister cities and increase connectivity for passengers in South East Asia,” said Adnan Kazim, Chief Commercial Officer at Emirates.

Customers across all cabin classes can look forward to industry-leading features and levels of comfort when travelling with Emirates, from its multinational cabin crew, including Malaysian nationals, to enjoying over 4,500 channels of on demand audio and visual entertainment from the latest movies, music and games on its ice system, as well as regionally-inspired meals and complimentary beverages. Families are also well catered for with dedicated products and services to enable hassle-free travel with children.

The new service will also enable Emirates SkyCargo, the cargo division of Emirates, to offer up to 15 tonnes of cargo capacity on the flight, giving Malaysian businesses the opportunity to increase their exports such as electronic products and components including semiconductors, laptops, other consumer products; spare parts for other industries including aviation, oil and gas as well as renewable energy. Frequently imported commodities to Malaysia include pharmaceuticals, fashion goods, perishable goods including food items and fresh flowers. The route will also support import and export opportunities for Singapore, connecting the world through Dubai and between Singapore and Penang.

Emirates SkyCargo has been facilitating trade between Malaysia and the rest of the world since 1996. During the last financial year the carrier transported close to 23,000 tons of cargo on the route to and from Kuala Lumpur, 17% up from the previous year.

To book and for more information on Emirates and its global network visit https://www.emirates.com.