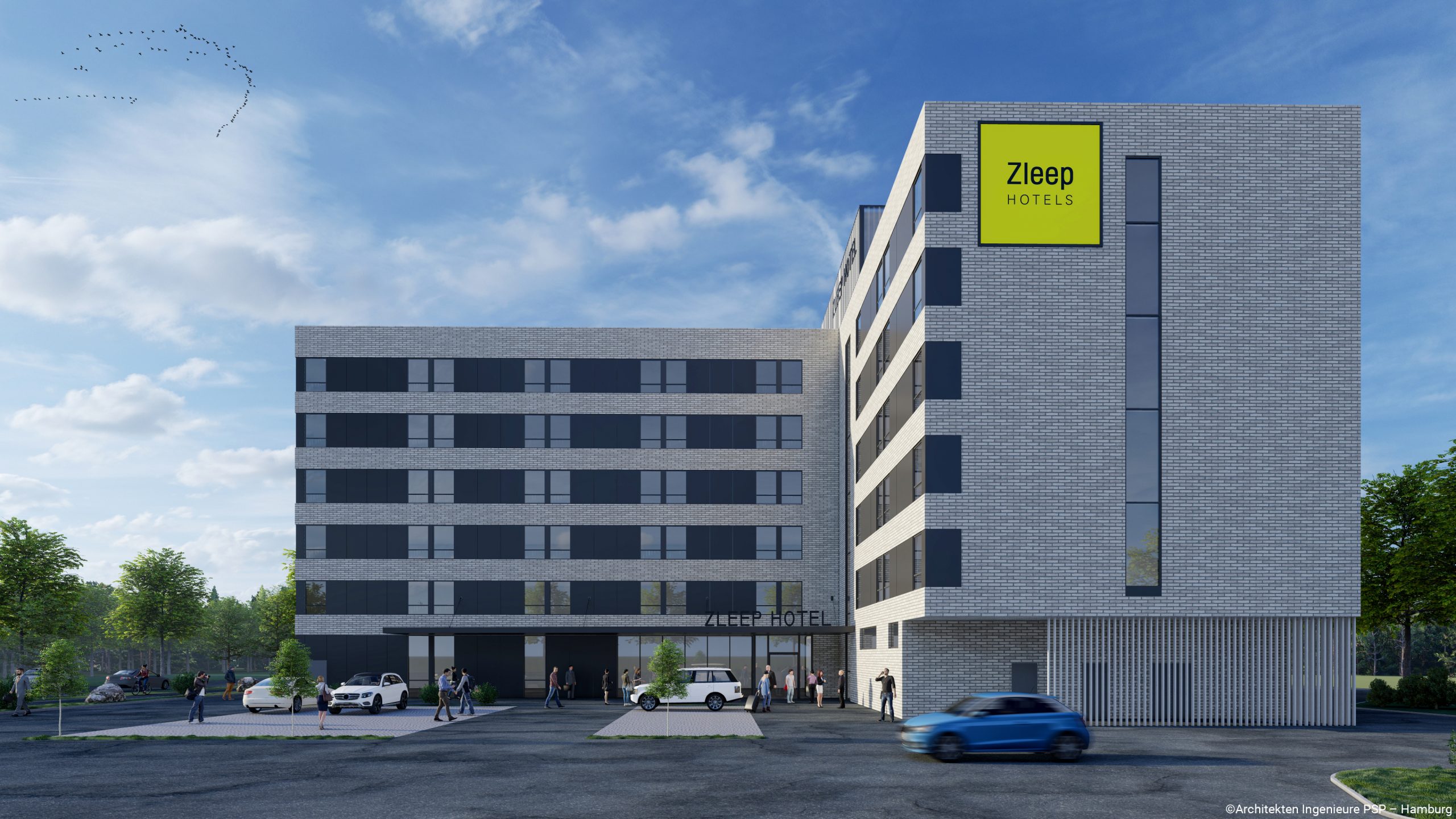 Frankfurt am Main, Germany, 2020-Feb-28 — /Travel PR News/ — Deutsche Hospitality has announced another strategic milestone. The Zleep Hotel Frankfurt Airport is set to become the second hotel to operate under the brand in Germany following the Zleep Hotel Hamburg Altonaer Volkspark. The Zleep Hotel Frankfurt Airport is a new build project which is being completed in conjunction with the property development company Four Points Development GmbH. The hotel is scheduled to open in spring 2022. It will offer 165 rooms, a Nordic design lobby and snack bar, a gym area and numerous car parking spaces including underground parking.

Its convenient location in Kelsterbach will enable guests to enjoy good and rapid links to public transport, to the international airport, to Frankfurt’s main railway station and to the motorway network. “The city’s major traffic intersections, the Frankfurt exhibition grounds, the Commerzbank Arena and access points out into the region are all only a short distance away,” added Robert Boller, Managing Director of Zleep Hotels GmbH. Zleep Hotels is an economy brand which was founded in Denmark in 2003 by Peter Haaber. It currently has twelve hotels in Scandinavia and has been part of the Deutsche Hospitality brand family since 2019.

“With the concluded lease agreement with Zleep Hotels GmbH for this new location in the Frankfurt/Rhine-Main metropolitan area, we are now adding another important partner to our previous four hotel projects and are pleased to be part of the dynamic development of the hotel brand, which is still young in Germany”, said Claus Spitra, Managing Director of the Four Points Development GmbH.

Zleep Hotels is a Deutsche Hospitality brand. It provides quality and design at an affordable price in Denmark and Sweden. Deutsche Hospitality operates four further brands. Steigenberger Hotels & Resorts boast 60 hotels housed in historic traditional buildings and lively city residences and also offer health and beauty oases set at the very heart of nature. MAXX by Steigenberger is a new and charismatic concept which places the focus on the essential in accordance with its motto “MAXXimize your stay”, whilst Jaz in the City branded hotels reflect metropolitan lifestyle and draw upon the local music and cultural scene. IntercityHotel provides more than 40  modern upper mid-scale urban hotels, all of which are located within easy walking distance of railway stations or airports.