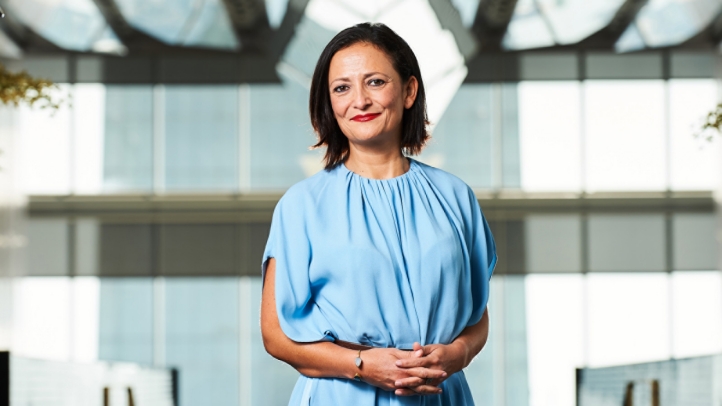 A true global citizen, Samara was born in Jerusalem as a German national with Palestinian roots and grew up immersed in the hospitality industry. Her family owned a travel agency and led tours of the Holy Land in Jerusalem and from an early age she remembers travelling to the airport to greet arriving guests and going to dinners with tour groups.

“Hospitality runs in my blood,” says Cornelia Samara, reflecting not only on her family history in the industry but also building a sense of community in and outside the hotel.  “A hotel is so much more than just a place to stay. It is an opportunity to create beautiful experiences and Four Seasons Hotel has done that for generations of Philadelphians. I’m proud to be joining a team that is tightly woven into the fabric of this community.”

A passionate art lover, the vast collections found at the Barnes Foundation and Philadelphia Museum of Art drew her to the City of Brotherly Love. Samara used to enjoy oil painting and pottery, but with time now tight, she enjoys experiencing art by going to museums and galleries often. “Love for the arts is ingrained in me and I’m thrilled to have the masters at my fingertips. I can’t wait to have the opportunity to explore the multiple galleries throughout Philadelphia.”

A graduate of Hawaii Pacific University, the past ten years of her career as general manager have been focused on flagship properties. In 2018 she joined Four Seasons Hotel at The Surf Club as General Manager. In Philadelphia, she will oversee hundreds of hotel team members and looks forward to working with the award-winning team.

“It is my honour to connect with each of member of the Four Seasons Philadelphia family and build comradery among the team.” Samara is not a micro-manager; instead, she prefers to surround herself with “like-minded people” she can trust, and rely on their talent to carry out their roles. Though she was taken with the Hotel’s design, what impressed her the most is the warmth and authenticity of the team. “Those are always key for me,” she explains. “There are certain things a general manager can train, but true hospitality is not one of them. Here, it’s genuine, not practiced, and it comes from the heart.”

Samara has lived in or visited countries all over the world. One trip saw her circling the globe in a month with several stops in Southeast Asia, and she once spent a full year living in Singapore.

Her faithful travel companion is her chihuahua: “I got her from a shelter called Badass Brooklyn Animal Rescue,” she recalls with a laugh. “They’d rescued her from a kill shelter in Georgia and called her ‘Rosalynn Carter’. I just call her ‘Rosie.’” Samara and Rosie are ready to walk the Ben Franklin Parkway and discover all that Philadelphia has to offer.