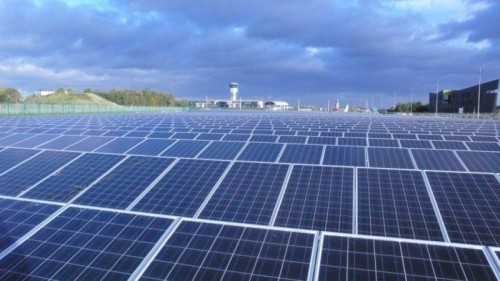 Brussels Airport commits to becoming a carbon-neutral airport by 2018

Belgium, 2017-Jul-10 — /Travel PR News/ — Brussels Airport is committed to becoming a carbon-neutral airport by 2018 at the latest. The airport is keen to drive down its emissions to a minimum and offset the residual emissions to ensure carbon neutrality is reached for all operations directly managed by the airport itself. This ambition is spelled out in Brussels Airport Company‘s annual Environmental Report. In the report, the airport operator expatiates on the results of the main environmental measures implemented at the airport.

As part of its sustainability strategy, Brussels Airport came up with the plan to attain carbon neutrality in the course of next year. The airport operator is committed to further drive down the emissions from operations managed by the airport itself, and to offset the residual emissions which cannot be reduced any further.

“Sustainability is a key component of our strategy. As such, this decision to arrive at carbon-neutrality is embedded as part of a broad, all-encompassing environmental strategy. We are currently still in the process of examining all options open to us to further step down the airport’s carbon emissions , for instance by further reducing the power consumption of existing installations. In recent years, we have also invested in putting up solar panels, switching to alternative energy sources wherever possible and we are investing in vehicles that are powered by less conventional fuels such as CNG, explains Brussels Airport Company CEO Arnaud Feist.

Concrete actions and results for 2016