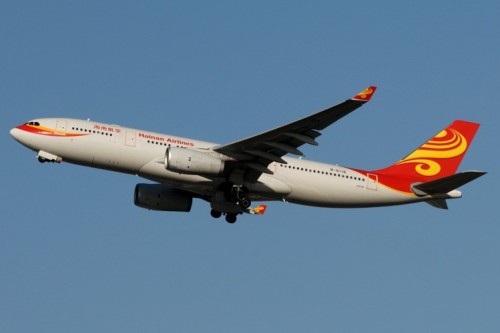 Belgium, 2017-Jun-12 — /Travel PR News/ — As of next winter season, Hainan Airlines adds a direct flight between Shanghai Pudong and Brussels Airport three times a week. The flights are scheduled on Monday, Wednesday and Friday, and will be operated by a Dreamliner 787-9, one of the most modern aircrafts in aviation. Tickets are available for booking as of today (09 June 2017).

Brussels Airport is delighted to see Hainan Airlines operating a new direct route between Shanghai Pudong International Airport and Brussels Airport as of 25 October 2017. Hainan Airlines previously operated a direct flight between Brussels and Shanghai between May 2010 and December 2011 on the occasion of the World Exposition in Shanghai and has now decided to launch direct flight on a permanent basis.

“The non-stop connection Brussels-Shanghai offers both countries new growth opportunities, as it facilitates direct commercial relations and stimulates tourism. Belgians can explore the excitement of the growing Chinese metropole, and Chinese can discover Europe starting in its heart, Brussels. The extensive network out of Brussels Airport to other European destinations and to Africa offers additional opportunities for business travelers and tourists from the Shanghai region”, says Arnaud Feist, CEO of Brussels Airport Company.

“Since we began our route from Beijing to Brussels in 2006, hundreds of thousands of people have experienced the award-winning service Hainan Airlines provides between Belgium and China.” says Mr. Ji Chun Liu, Marketing Director of Hainan Airlines. “Business, leisure and trade between Belgium and China has been growing dramatically.The new route from Shanghai to Brussels will stimulate this growth.”