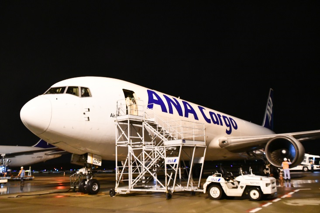 In response to increased demand, ANA will employ Boeing 767 freighter to connect Hangzhou and Tokyo in June.

ANA is operating the freighters in response to increased demand for transportation of cargo with growth of cross-border e-commerce, and in addition aims to further support the global supply chain network by responding to a broad range of demand for transporting cargo such as electronic devices to North America and Europe.

“ANA places the same emphasis on superior customer service for our cargo flights that we do on flights transporting passengers. We understand that air transportation represents a vital link in the global supply chain, and it is encouraging to watch our network grow as the economy begins to recover,” said Toshiaki Toyama, Executive Vice President of ANA and President of ANA Cargo Inc. “Hangzhou represents a vital industrial hub, and we are excited to offer a direct link between the city and the Japanese market.”

*The announced plan above is subject to the approval of relevant authorities.

While adjusting our services to meet the changing market conditions and strong demand for cargo, ANA will operate more than 2,000 cargo flights using freighter and passenger aircraft in June. ANA is committed to using its fleet of two Boeing 777 freighters and nine Boeing 767 freighters to meet demand and facilitate international commerce. Over the past year, ANA’s cargo operations have helped maintain global supply chains.

You may also be interested in:  Emirates to resume three weekly services to Malta via Larnaca, Cyprus from 14 July 2021

Founded in 1952 with just two helicopters, All Nippon Airways (ANA) has grown to become the largest airline in Japan. ANA HOLDINGS Inc. (ANA HD) was established in 2013 as the largest airline group holding company in Japan, comprising 71 companies including ANA and Peach Aviation, the leading LCC in Japan.

ANA is a launch customer and the largest operator of the Boeing 787 Dreamliner, making ANA HD the biggest Dreamliner owner in the world. A member of Star Alliance since 1999, ANA has joint venture agreements with United Airlines, Lufthansa German Airlines, Swiss International Airlines, Austrian Airlines and Brussels Airlines – giving it a truly global presence.

The airline’s legacy of superior service has helped it earn SKYTRAX’s respected 5-Star rating every year since 2013, with ANA being the only Japanese airline to win this prestigious designation for eight consecutive years. ANA also has been recognized by Air Transport World as “Airline of the Year” three times (2007, 2013 and 2018); it is one of only a select few airlines to win this prominent award multiple times.