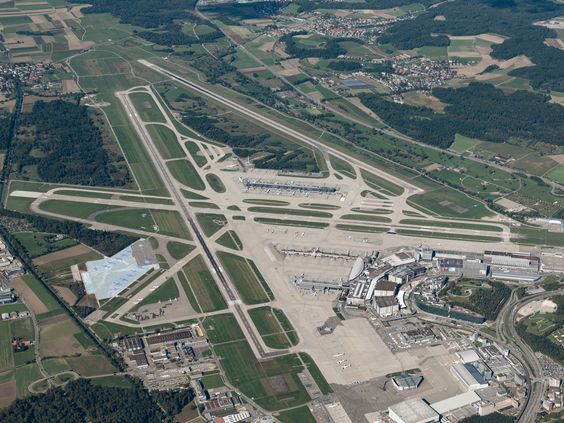 Opfikon, Switzerland, 2023-Jan-12 — /Travel PR News/ — Construction work in Zone West is resuming at Zurich Airport. Work was suspended for around two years because of the Covid pandemic. The planned 14 aircraft stands are now being constructed from mid-January at the western side of the airport.

The “Zone West” construction project is not new. Work commenced back in February 2020. The substrate at the western side of the airport was raised and levelled in 2020, and various pipes (wastewater, water and electricity) were laid. However, owing to the Covid pandemic and in order to protect the company’s liquidity, the project was suspended at the end of 2020. The reduced air traffic during the pandemic helped insofar as the stands were not yet needed. Now, with the resumed increase in passenger and flight volume and in view of the ten or so-year construction phase for the new Dock A, the aircraft stands will be needed already next year.

Construction in Zone West will resume with further service systems from mid-January 2023, which will be integrated into the substrate of the future stands. The pavement of the new flight operations areas will then be laid, starting in early summer. A total of 14 stands for scheduled and charter aircraft and a parking space for business jets will be built on the western side of the airport.

The redesign of Zone West will result in the skating and cycling path around the western edge of the airport being rerouted around the new area. This work will commence in March. The changeover from the old to the new route will be seamless.

You may also be interested in:  Spirit Airlines launches nonstop services between Las Vegas and Boise Airport

The new stands at the western side of the airport are set to become operational in autumn 2024.

The plane spotters’ hill with the Heli Grill will remain at its old location during the first phase of construction. Owing to the changes in Zone West it will be replaced by a new viewing platform a little further to the north, probably in autumn 2023, which will offer a better view of flight operations and the runway intersection. A seamless transition from the plane spotters’ hill to the viewing platform should be ensured, based on the current planning status.