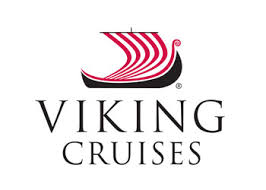 Los Angeles, CA, 2022-Jul-14 — /Travel PR News/ — Travel + Leisure readers have voted Viking® (www.viking.com) first in its categories in the 2022 World’s Best Awards, which were announced today (July 12, 2022) by the publication. Viking was named the #1 Ocean Line for ships with 300 to 799 cabins and the #1 River Line, making it the first cruise line ever to top both categories in the same year. Viking is also rated #1 for both rivers and oceans by Condé Nast Traveler; no other cruise line has simultaneously earned #1 in its categories from both publications.

Since 1995, Travel + Leisure, the largest travel magazine brand in the U.S., has invited readers to cast their vote for the World’s Best in cruising with considerations in the following features: cabins/facilities, food, service itineraries/destinations, excursions/activities and value. Viking will also be featured in the magazine’s World’s Best issue, which will be on newsstands in July; the full results of the 27th annual awards can be found at www.travelandleisure.com/worlds-best.

“Thank you to the readers of Travel + Leisure for voting us first in these prestigious awards. We are proud to be named the world’s #1 for both oceans and rivers. To be the first line ever to receive both awards in the same year is a very special honor. This achievement is the result of the hard work our Viking team members have put in over the last 25 years,” said Torstein Hagen, Chairman of Viking. “In my view, it is now time to work even harder. They say that when you reach the top, there is only one way to go – at Viking, we say that way is onwards.”

Today’s announcement follows a year of significant milestones as Viking celebrates its 25th anniversary. In January, the company launched Viking Expeditions and the first of two purpose-built expedition vessels, the Viking Octantis®, which is currently sailing its inaugural season in the Great Lakes. In the spring, the company also welcomed eight new Viking Longships® and a new ocean ship, the Viking Mars®.  By the end of the year, Viking will have also welcomed a second identical expedition ship, the Viking Polaris®, and another identical ocean ship, the Viking Neptune®, as well as new purpose-built vessels for the Nile, Mekong, and Mississippi Rivers.

Viking was founded in 1997 and provides destination-focused journeys on rivers, oceans, and lakes around the world. Designed for curious travelers with interests in science, history, culture and cuisine, Chairman Torstein Hagen often says Viking offers experiences for The Thinking PersonSM. Viking has more than 250 awards to its name, including being the first cruise line ever to be simultaneously named the #1 Ocean Line and #1 River Line in Travel + Leisure’s 2022 “World’s Best” Awards. Viking was also rated the #1 River Line and #1 Ocean Line by Condé Nast Traveler in the publication’s 2021 Readers’ Choice Awards. For additional information, contact Viking at 1-800-2-VIKING (1-800-284-5464) or visit www.viking.com. For Viking’s award-winning enrichment channel, visit www.viking.tv.