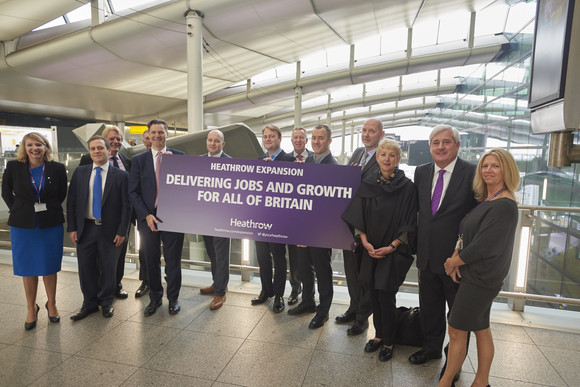 LONDON, 2016-Oct-31 — /Travel PR News/ — Just days after the Government decided Heathrow will expand, union and business leaders have taken the unprecedented step to pledge their ongoing support for Heathrow expansion throughout the entire planning process and through to delivery.

Worker and industry representatives met this morning at Heathrow’s Terminal 2 in an historic move to commit their organisations to working with Government to deliver Britain’s new runway, pledging:

“The Government has made an important decision for all of the United Kingdom. Expanding Heathrow sends a clear signal to the world that we are open for business. Over the next ten years this project will create thousands of decent jobs and apprenticeships throughout a majority-British supply chain. It will leave behind a skills legacy in every part of the country. It will support great UK-based industries, including steel, manufacturing and engineering. It will open up new routes and connect all regions of the UK, enabling businesses of all sizes, and across Britain, to compete for global trade – even before the new runway is built. And their success will support jobs and investment today while creating thousands more over the years ahead.

Heathrow has already started the process to begin pumping hundreds of millions of pounds into the British supply chain as it starts work on the largest privately-funded infrastructure project in Europe. This weekend, Heathrow CEO John Holland-Kaye announced that Government backing for Heathrow triggers an immediate £50m of supply chain investment before the end of 2017 which will create 2,700 new British jobs. He also outlined how Heathrow would look to issue contracts worth £460m before construction begins in 2021, with 95% of the project’s overall procurement spend going to the British supply chain.

“The decision to expand Heathrow is a momentous turning point for our country, underlined by the unprecedented level of commitment from British workers and industry.

“This weekend Heathrow started the process of pumping hundreds of millions of pounds into the British supply chain to build an airport that is fair, affordable and secures the benefits of expansion for the whole of the UK. Over the coming years, I look forward to working with our new partners to create thousands of decent jobs across the UK as together we deliver Britain’s new runway.”