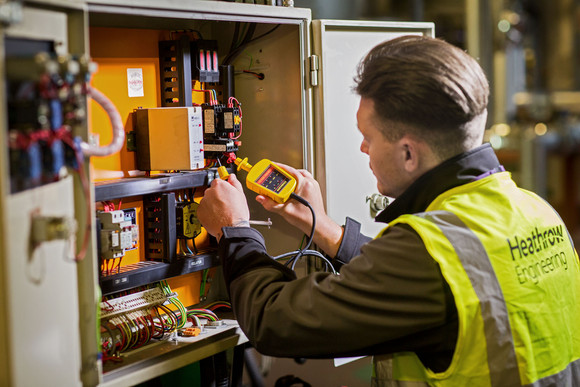 LONDON, 2016-Oct-31 — /Travel PR News/ — The Rt Hon, Lord David Blunkett, Chair of the Heathrow Skills Taskforce, has warned of an ever-growing skills gap and called for a coordinated skills strategy on infrastructure that learns from the mistakes of the past.  Lord Blunkett’s comments come the same day members representing business and trade unions, further and higher education, schools and social action gather for the first meeting of the Taskforce, following the Government’s backing of Heathrow expansion last week.

The 13 new members will help the airport and its supply chain to develop the skills needed to build and operate an expanded Heathrow.  It will capitalize on the tens of thousands of new jobs, apprenticeships and career development opportunities which will be generated across the country, with as many as 100,000 created outside of them in London and the south east.

The Skills Taskforce will identify the best teaching, employment and career progression opportunities to make the airport a role model for local social mobility and diversity. The Taskforce has also been asked to investigate how regional procurement hubs can be used to ensure the benefits of expansion are felt throughout the country.

The Members of the Taskforce are:

The delivery of Heathrow expansion will come at the same time as development of the Thames Tideway Tunnel, Crossrail 2 and High Speed 2, heralding a new age of growth in infrastructure.  Action to deliver the skilled workforce for these projects is needed now, with the Greater Manchester Chamber of Commerce’s report “Construction Pipeline Skills Analysis: Heathrow Airport Expansion” saying Heathrow expansion will require the number of construction workers alone working on infrastructure projects to rise by around 25%.

Lord Blunkett wants to see Heathrow deliver a long-term skills legacy for the nation, giving people the productive and fulfilling careers they deserve. He says:

“As a former Secretary of State for Education and Employment, I have seen too many initiatives build up their teams only for this to go to waste.

With the support of a range of impressive participants, the Taskforce is ready to capitalize on the once-in-a-generation opportunity of Heathrow expansion.  There is no more room for lost opportunities, and in the aftermath of Brexit, it is imperative to look at infrastructure investments as more than a sum of their parts. The Skills Taskforce will ensure Heathrow expansion delivers benefits long after a new runway is in place, with a strategy to deliver long-term, UK-wide jobs and skills.”

“Now, more than ever, this country needs infrastructure projects that deliver high skilled jobs today and that invest in children in schools so that they are ready to take on the jobs we will need in the future. With the support and experience of the Taskforce membership led by Lord Blunkett, Heathrow’s expansion will deliver a lasting economic legacy for generations of British people.”

Heathrow airport already supports one in five local jobs (22%), making the airport one of the largest single-site employers in the country. The Government confirmed last week that Heathrow expansion will deliver up to 77,000 additional local jobs, and create 5,000 new apprenticeships doubling the number that will be provided by the project to 10,000 by 2030.

Want to get all the latest Heathrow media releases on the move? Follow us on Twitter via @HeathrowMedia

For more information on how the jobs and economic development potential of Heathrow expansion please see: http://your.heathrow.com/takingbritainfurther/jobs-and-growth/