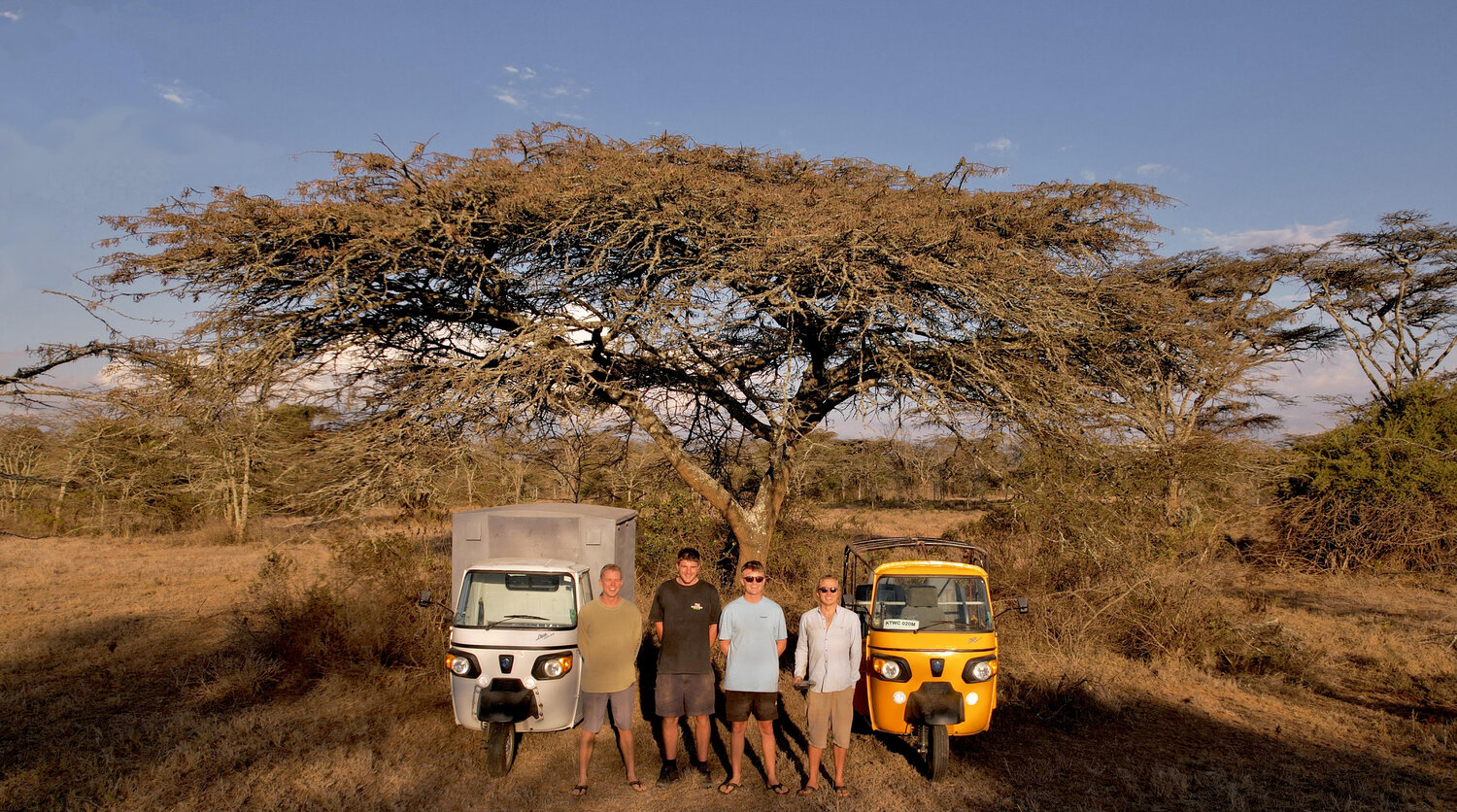 Kenya to Cape Town, 2021-Sep-22 — /Travel PR News/ — Kenya may have been removed from the UK’s red list – but Africa is bleeding without its tourists. The impact of 18 months of lockdown has been devastating. Revenue from tourism is central to the conservation of some of the planet’s most important habitats and wildlife; without it, many of these are in trouble. Poaching, bushmeat, illegal logging and the exploitation of natural resources have all risen dramatically. Those charged with preventing this, wildlife rangers, have seen an increase in their workload, despite many having their funding and salaries slashed. Rangers need help.

With this in mind, Jasper, Josh, Ivo and Robbie, four conservation minded adventurers living in Kenya, decided to embark on a daring and bone rattling expedition to raise both awareness and money for rangers on the frontline – by driving from Kenya to Cape Town in Tuk Tuks!

The Tuk South team is in the process of transforming its two 8HP Piaggio Tuk Tuks into machines capable of surviving 7000 kms of famously bumpy roads. Installing everything from skid plates and roll cages to solar panels and fold out kitchens (the progress of which you can follow online), their Tuk Tuk’s safari capabilities are slowly being realised.

As they journey from the equator to the southernmost tip of Africa, they will be crossing nearly 35⁰ of latitude and travelling through 7 countries, elephants, jungles, mountains, savanna and the ever hospitable Kalahari desert. The thrills and spills of their journey will be shared on social media as they go.

Tuk South (@joshporters) has over 155,000 followers on TikTok, clocking up an impressive 15 million views, with many of their followers sharing their passion for sustainability, adventure and conservation.

They will be putting their video-making skills to good use – visiting many conservancies, parks and reserves on the way down and telling their ranger’s stories. These stories will form the backbone of a documentary they aim to make on Covids impact on conservation (trailer below). Their content will also cover a healthy dose of adventure and the stories of the grassroot sustainability projects, conservation initiatives and community projects they search out along the way.