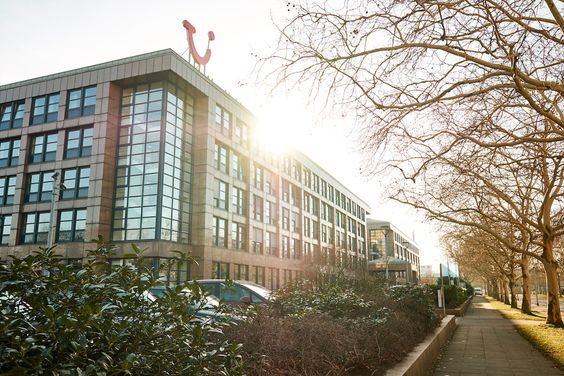 Berlin, Germany, 2023-Jan-10 — /Travel PR News/ — Digital transformation continues to be a top priority for TUI Group. Due to this special importance, CEO Sebastian Ebel had already assumed overall responsibility for IT on the Executive Board as of 1 October 2022. As of 1 January 2023, the vacant CIO position at Group level will be filled by Pieter Jordaan – with a direct reporting line to Sebastian Ebel. As Chief Information Officer (CIO), Pieter Jordaan will lead the IT Leadership Team and be responsible for the implementation of the strategic priorities in IT: the expansion of dynamic production, new products like Accommodation Only and Flight Only, the expansion of the TUI App, as well as the further roll-out of TRIPS in the Western Region.

As a South African native, Pieter has worked successfully for TUI for more than eight years. In the past three years, he has led the technological development and harmonisation of numerous Group platforms as Group Chief Technology Officer. In addition, he modernised the IT infrastructure of the company and was responsible for the successful implementation of its cloud strategy. Prior to TUI, he worked for several IT consultancies in the UK.

“I am delighted that Pieter Jordaan joins us as CIO from our TUI IT leadership team. He will drive the close integration with TUI’s operational areas to enable a fast and efficient implementation of our ambitious digitalisation strategy,” says Sebastian Ebel, CEO of TUI Group.

TUI Group is one of the world’s leading tourism groups and operates worldwide. The Group is headquartered in Germany. TUI shares are listed on the FTSE 250, an index of the London Stock Exchange, on the regulated market of the Hanover Stock Exchange and on the Open Market segment of the Frankfurt Stock Exchange. The TUI Group offers integrated services from a single source for its 27 million customers, 21 million of them in the European national companies.

You may also be interested in:  Vienna Airport congratulates Aer Lingus's 20th anniversary on its Dublin-Vienna route

The entire tourism value chain is covered under one roof. This includes over 400 hotels and resorts with premium brands such as RIU, TUI Blue and Robinson and 16 cruise ships, from the MS Europa and the MS Europa 2 in the luxury class and expedition ships to the Mein Schiff fleet of TUI Cruises and cruise ships at Marella Cruises in Great Britain. The Group also includes leading tour operator brands and online marketing platforms across Europe, five airlines with more than 100 modern medium and long-haul aircraft and over 1,000 travel agencies. In addition to expanding its core business with hotels, cruises via successful joint ventures and activities in holiday destinations, TUI is increasingly focusing on the expansion of digital platforms. The Group is transforming itself into a digital company.

Global responsibility for sustainable economic, ecological and social action is at the core of our corporate culture. The TUI Care Foundation, initiated by TUI, focuses on the positive effects of tourism, on education and training and on strengthening environmental and social standards with projects in 25 countries. It thus supports holiday destinations in their development.