AMSTERDAM, NETHERLANDS, 2016-Jun-03 — /Travel PR News/ — Jaz Amsterdam celebrated its official opening in a perfect setting. With the instruments tuned, the sound system checked and the choreography thoroughly rehearsed, the venue was packed with fans and those about to become fans. Located right next door to the Amsterdam ArenA and the Ziggo Dome, the hotel has succeeded in becoming a cult venue in no time at all. The spectacular show to herald its opening, designed by Jung von Matt, also proved a cult attraction.

This is a hotel designed by musical enthusiasts for musical visionaries in which the musical heart of Amsterdam pulsates to the beat of the city.
The Jaz Amsterdam is the Steigenberger Hotel Group’s third brand and is transforming Dutch culture into a perfect soundtrack.

As Adele performed at the Ziggo Dome next door, the Jaz Team assembled around Band Leader Joost van Beck. As well as being known and loved for its spontaneous sessions, the first hotel to be operated under Steigenberger’s third brand always has a surprise in store. Its opening very much went off with a bang in a launch event which featured show performances, dance and music on a temporary scaffolding structure specially erected for the purpose. Indeed, what could be more appropriate for a hotel which is “built by music”?
“Today is a great moment,” said Puneet Chhatwal, CEO of Steigenberger Hotels AG. “It is the day on which we officially welcome the Jaz Amsterdam as a new member of the Steigenberger family. He was also full of praise for the hotel’s staff: “Since the Soft Opening in November, the Jaz Team has put in an outstanding performance.”

Hasan Yigit, Vice President of Jaz Hotel GmbH, added: “The key concept behind the opening event is ‘Built by music’. Our team comprises a drummer, an orchestrator, a stage manager, a choreographer and our Band Leader Joost. All of these work together to achieve perfect harmony with the wishes of the guests.”

The further support programme was just as refreshing and unconventional. Local artists and DJ’s were on hand, and live performances were staged in the lifts. A champagne pyramid, a range of culinary delights and unusual show components also all added to the mix. The highlight of the evening was an appearance by the legendary DJ Fedde le Grand. All of the elements combined to conjure up a sensational atmosphere at the Jaz Amsterdam and truly made it “the place to be” on this particular day.

The next Jaz Hotel is scheduled to open in Stuttgart in early 2017, and the aim is to have ten further hotels operational or at the planning stage by 2020.

Steigenberger Hotels AG is one of Europe’s leading hotel companies. From its Head Office in Germany, the Steigenberger Group operates 117 hotels on three continents including 25 which are under construction or at the planning stage.

Steigenberger Hotels and Resorts includes some of the most prestigious hotels in Europe, such as the Steigenberger Frankfurter Hof, the Steigenberger Parkhotel in Düsseldorf and Steigenberger Wiltcher’s in Brussels. InterCityHotel is a medium-price brand that offers 38 hotels located in city centres and at airports. “Jaz in the City” is a new creative concept, and the first hotel to be operated under this brand opened in Amsterdam in November 2015.
www.steigenbergerhotelgroup.com 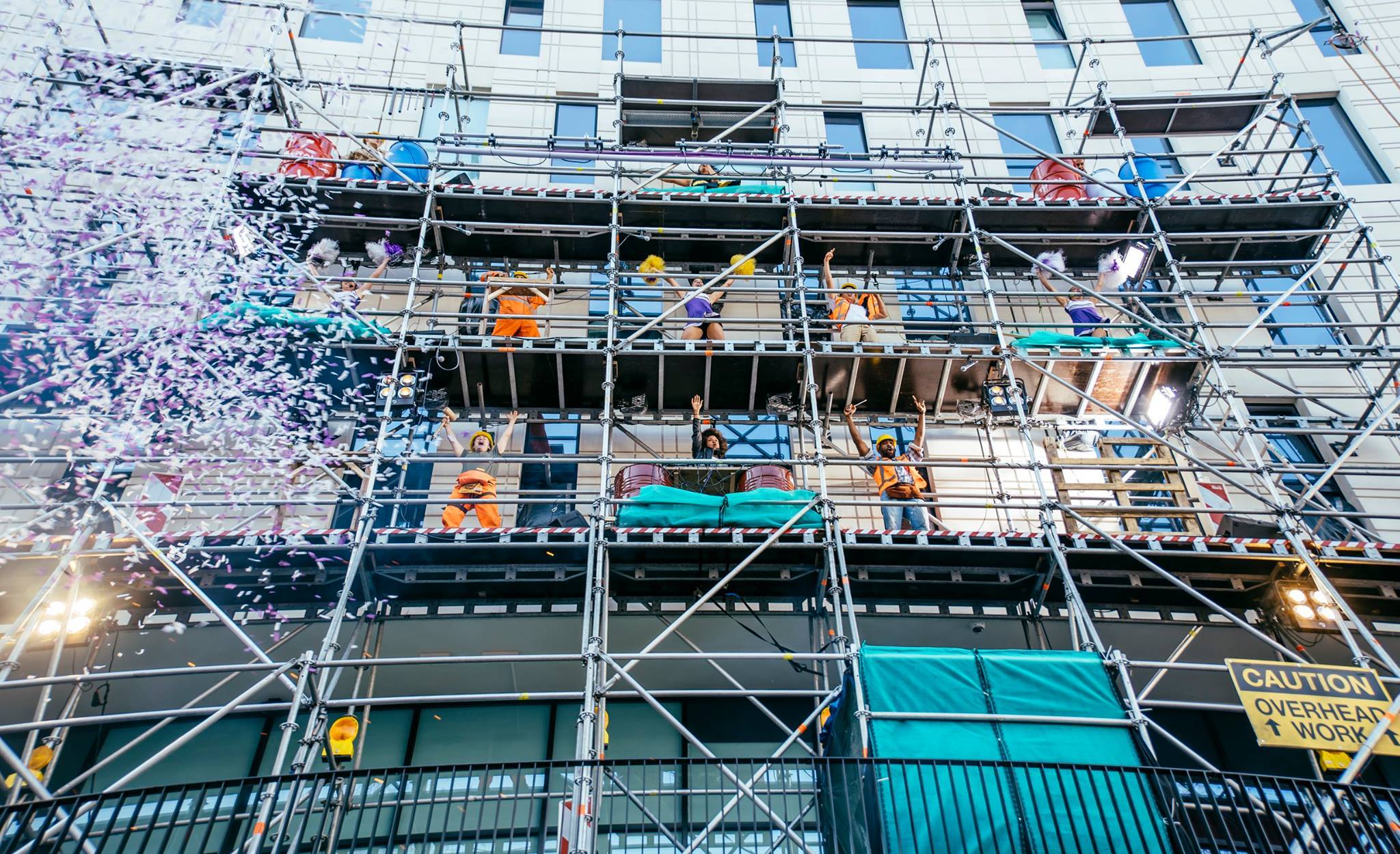