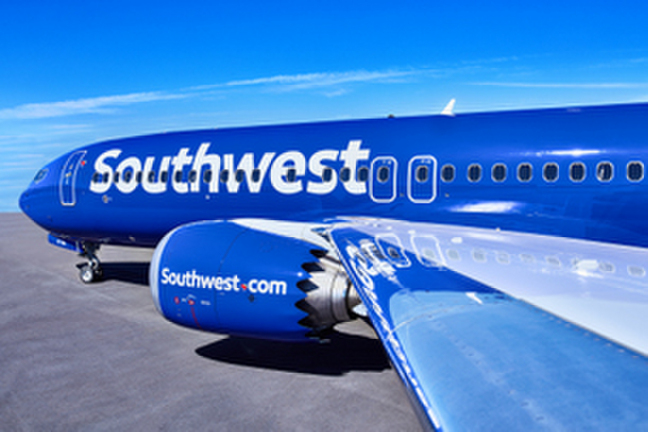 DALLAS, TEXAS, 2021-Jun-24 — /Travel PR News/ — Today (Jun 23, 2021), Southwest Airlines Co. (NYSE: LUV) announced that Chairman and CEO Gary Kelly will transition roles in early 2022, becoming the carrier’s Executive Chairman with the desire to serve in that role through at least 2026 at the discretion of the Board of Directors. Executive Vice President Corporate Services Robert Jordan will become Kelly’s successor as CEO effective Feb. 1, 2022. Jordan also will join the Board at that time.

“On behalf of the Southwest Airlines Board of Directors, I am delighted to announce Bob Jordan as CEO, Kelly said Bob and I have worked side by side for more than 30 years. He is a gifted and experienced executive and well-prepared to take on this important role. Working closely with President Tom Nealon and Chief Operating Officer Mike Van de Ven, we will begin developing transition plans in the coming weeks and months. These three top-notch Leaders make for a powerful team to lead us forward.”

Serving as CEO since 2004, Kelly, 66, has led Southwest through some of the airline industry’s most turbulent times. Kelly is a 35-year Southwest veteran who began his career at Southwest Airlines as Controller, moving up to Chief Financial Officer and Vice President Finance, then Executive Vice President and CFO, before being promoted to CEO and Vice Chairman in July 2004. He assumed the roles of Chairman and President in 2008. In January 2017, Kelly relinquished the title of President and named former Southwest Board Member and Executive Tom Nealon to the executive team as President. Prior to joining Southwest Airlines in 1986, Kelly was a CPA for Arthur Young & Company in Dallas and Controller for Systems Center, Inc.

Kelly has often said his biggest source of pride is the fact that Southwest Airlines has never had a single layoff or furlough in the airline’s 50-year history. As CEO, he has guided the airline’s transformation through several major initiatives, including the acquisition of AirTran Airways, the repeal of the Wright Amendment, the launch of international destinations for the first time in Southwest’s history, the installment of a new reservation system, introduction of a new frequent flyer program, debut of the new Heart brand and livery, initiation of the long-awaited service to Hawaii, and the introduction of the Boeing 737 MAX 8 into the airline’s fleet —all while staying true to the Company’s core values and People-centric Culture.

“The airline has a strong Leadership team, and the Board has always taken seriously its role to oversee a strong succession plan for the top Leadership roles, said William Cunningham, Southwest’s Lead Director on the Board. “Gary has been an outstanding CEO for Southwest for nearly two decades and has developed an excellent group of Senior Leaders to shepherd the airline into its next 50 years. We are thrilled he is willing to continue to serve as the Board’s Executive Chairman, subject to the annual elections process. Bob inherits a solid strategy and great momentum to continue the airline’s recovery as the COVID pandemic wanes. Bob has the Board’s full support.”

Prior to Southwest, Jordan worked for Hewlett-Packard as a programmer and financial analyst. He holds bachelor’s and master’s degrees from Texas A&M University. He joined Coppell-based The Container Store’s Board of Directors in 2013 and currently serves as its Lead Director. He and wife, Kelly, live in Flower Mound and have two adult children and two grandchildren.

“I’m humbled, honored, and excited to be asked to serve as the next CEO, Jordan said. “The Heart of Southwest is our People; they make the difference for our Customers, and I look forward to serving them. We have a terrific team of Leaders, many of whom I have had the joy of working alongside for decades. I’m looking forward to working with Gary, Mike and Tom on the transition effort and setting up Southwest for the next 50 years of giving Customers the Freedom to Fly.”

In its 50th year of service, Dallas-based Southwest Airlines Co. continues to differentiate itself from other air carriers with exemplary Customer Service delivered by more than 56,000 Employees to a Customer base that topped 130 million Passengers in 2019. Southwest has a robust network of point-to-point service with a strong presence across top leisure and business markets. In peak travel seasons during 2019, Southwest operated more than 4,000 weekday departures among a network of 101 destinations in the United States and 10 additional countries. In 2020, the carrier added service to Hilo, Hawaii; Cozumel, Mexico; Miami; Palm Springs, Calif.; Steamboat Springs; and Montrose (Telluride/Crested Butte), Colo. Thus far in 2021, Southwest has initiated service to Chicago (O’Hare) and Sarasota/ Bradenton, both on Feb. 14; Savannah/Hilton Head and Colorado Springs, Colo., both on March 11; Houston (Bush) and Santa Barbara, Calif., both on April 12; Fresno, Calif., on April 25; Destin/Fort Walton Beach on May 6; Myrtle Beach S.C., on May 23; Bozeman, Mont., on May 27; and Jackson, Miss., on June 6. The airline will begin service to Eugene, Ore., on Aug. 29; Bellingham, Wash., on Nov. 7; and Syracuse, NY, on Nov. 14.