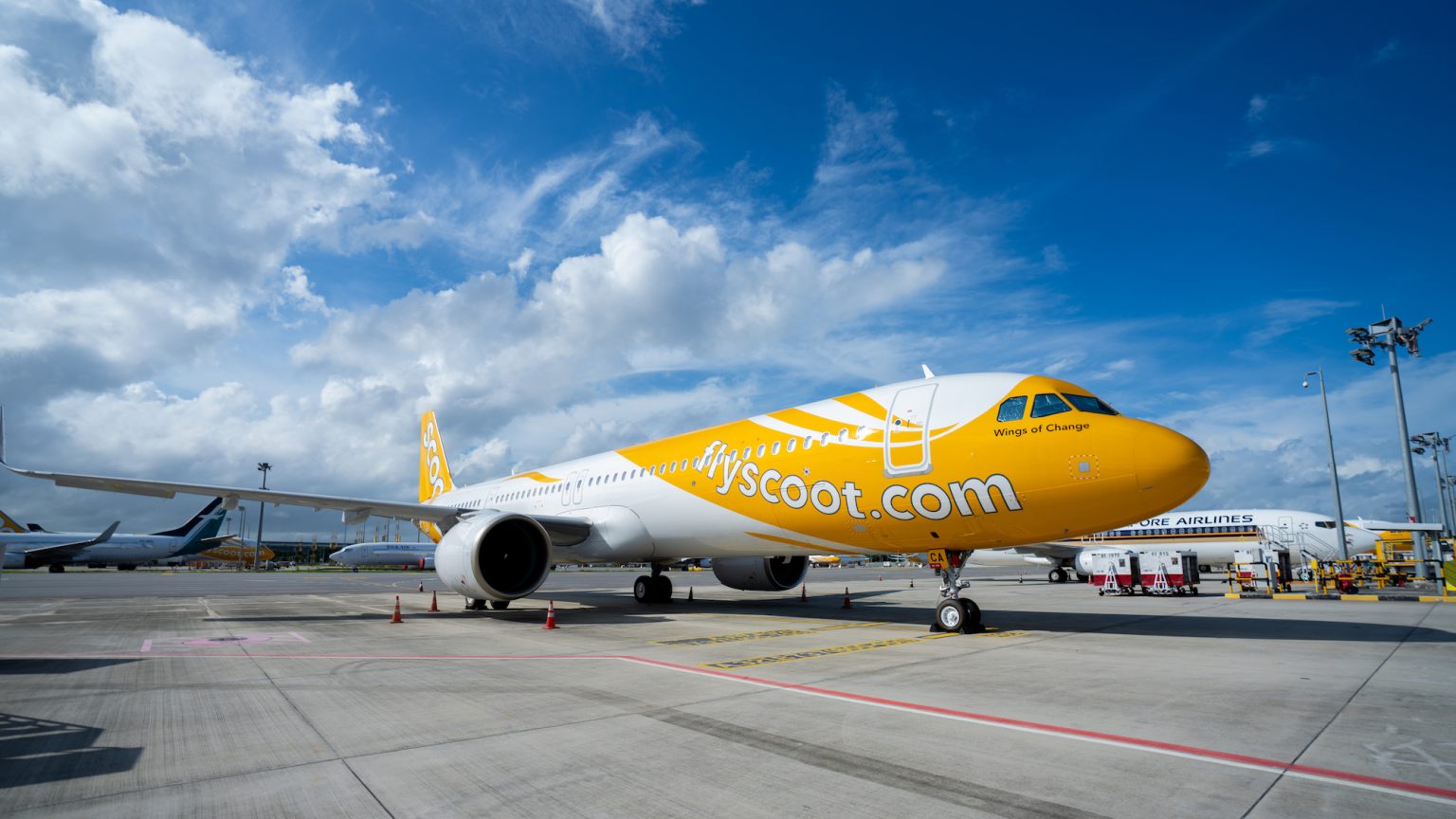 Singapore, 2021-Jun-30 — /Travel PR News/ — Scoot, the low-cost arm of Singapore Airlines, today (28 June 2021) welcomed the entry into service of its new single-aisle Airbus A321neo aircraft, as it made its inaugural flight from Singapore to Bangkok as TR610.

Subsequently in August, Scoot will deploy the A321neo on its Singapore-Cebu and Singapore-Ho Chi Minh City routes. Scoot’s A321neo aircraft feature 236 seats in a single-class, 3-3 configuration.

Benefits of the A321neo

Scoot’s A321neo aircraft has a range of up to 2,620 nautical miles (nm), or 4,852 km, approximately 270nm farther than the A320neo. This allows Scoot to deploy the A321neo aircraft on short to medium-haul routes with up to six hours of flight time compared to the older-generation A320 aircraft’s four-to-five hours, thereby opening up more options for new destinations.

With a larger passenger capacity of 236 seats, 50 more than the A320neo, and more fuel efficient engines, the single-class A321neo will allow Scoot to improve its operating economics and unit costs. It will also enable Scoot to optimise its fleet utilisation to better match capacity to demand.

For instance, it can be deployed in place of the A320 during popular seasons, days of week or flight tranches, or substitute Scoot’s larger Boeing 787 aircraft in pockets of softer demand. It can also be deployed to complement some Boeing 787 routes to enable higher and more customer-convenient frequency.

In the long term, the A321neo will enable Scoot to achieve more sustainable operations and reduce carbon emissions with its enhanced sharklets and fuel-efficient Pratt & Whitney PW1100G-JM engines. Based on pre-COVID levels of operations, there is an estimated 50%1 reduction in noise footprint and nitrogen oxide emissions, as well as a reduction of 5,0002 tonnes less carbon dioxide per year per aircraft.

Campbell Wilson, Scoot’s CEO, said, “Scoot’s new A321neos offer additional capacity and range, unlocking new network growth possibilities while enabling us to elevate the passenger experience in a commercially viable manner. Investing in new-generation aircraft and operating a young, fuel-efficient fleet is a cornerstone of Scoot’s strategy to achieve net zero carbon emissions by 2050. Combined with our recent achievement as the world’s first and only low-cost carrier to attain the highest Diamond status in the APEX Health Safety powered by SimpliFlying global audit of airlines, Scoot is on a firm footing to recover and re-establish ourselves as the low-cost carrier of choice in the region for post-pandemic travel.”

Anand Stanley, President Airbus Asia-Pacific said, “The arrival of the A321neo at Scoot marks another milestone in the close relationship we share with the Singapore Airlines Group. With the A321neo, Scoot will be able to increase capacity and open new routes across the Asian region. The aircraft will bring new levels of efficiency with significantly reduced fuel consumption, as well as lower emissions. We are confident that the A321neo will position Scoot well for the recovery in air travel. See you onboard soon!”

To date, Scoot has taken delivery of three A321neo aircraft, leased from BOC Aviation, out of a firm order of 16. Of the 16, six are an upsize from Scoot’s original A320neo orders and ten are leased. Since the start of the previous financial year 2020/2021, five A320ceo aircraft had left Scoot’s operating fleet as part of an ongoing fleet renewal plan.

Scoot is the low-cost arm of the Singapore Airlines Group. Scoot took to the skies in June 2012 and merged with Tigerair Singapore in July 2017, retaining the Scoot brand and positioning it well for a new chapter of growth. Scoot has carried over 65 million guests and now has a fleet of 20 state of the art, widebody Boeing 787 Dreamliners and 29 young and modern Airbus A320 family aircraft, with seven more Boeing 787 Dreamliners, 28 Airbus
A320neo and 13 A321neo aircraft on order. Scoot’s network presently encompasses 68 destinations across 15 countries and territories. Scoot provides – in addition to fantastic value airfares – a safe, reliable and contemporary travel experience with a unique attitude – Scootitude. Offering amenities including on-board Wi-Fi Internet connectivity and in-seat
power on selected flights as well as the ability to redeem and accrue Singapore Airlines Group KrisFlyer miles, Scoot was voted 2015, 2016, 2017 and 2018 Best Low Cost Airline (Asia/Pacific) by AirlineRatings.com and ranked in the Top 10 of the World’s Best Low-Cost Airlines in 2015 and 2018 by Skytrax. Scoot won “Best Low-Cost Carrier” at the 30th TTG Asia
Awards and the Travel Weekly Asia 2019 Readers’ Choice Awards. In 2021, Scoot was awarded Diamond status in the APEX Health Safety powered by SimpliFlying global audit of airlines. Scoot is passionate about making travel attainable for all and enabling people to embrace the full potential of traveling and seeking new experiences. Book your tickets at FlyScoot.com or contact our Call Centre. Find out more on FlyScoot.com, Facebook.com/FlyScoot, Instagram.com/FlyScoot, and Twitter.com/flyscoot.